Dame Sally Davies, the Chief Medical Officer for England, today responded to our petition – supported by over 15,000 people – calling on the National Institute for Care and Clinical Excellence (NICE) to completely review and update its guideline on ME/CFS.

Though not able to intervene personally, Dame Sally said she was “confident that NICE will take the comments it has received from stakeholders in response to its recent consultation fully into account in reaching a final decision.”

She also confirmed that we would hear a final decision from NICE in mid October. We will continue to monitor the situation and report any further developments. 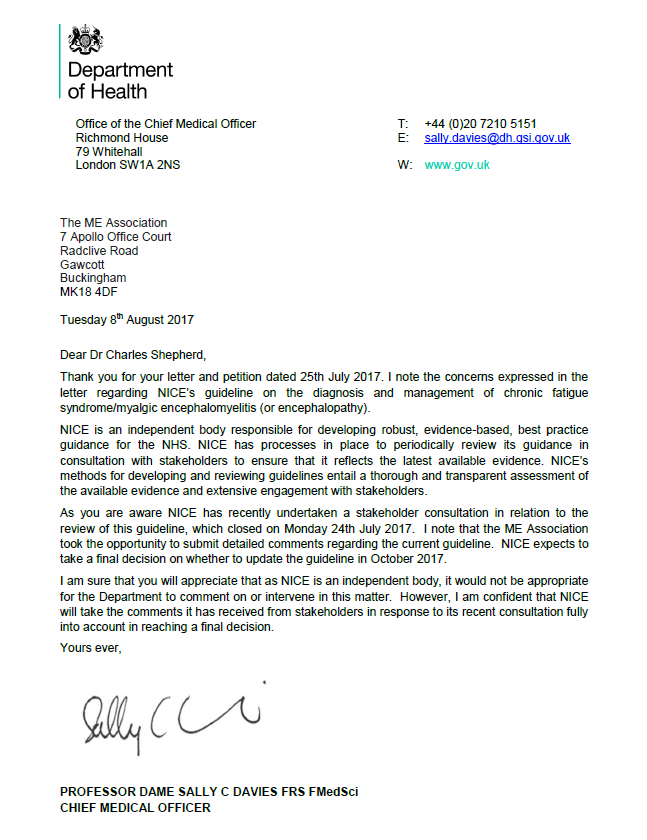