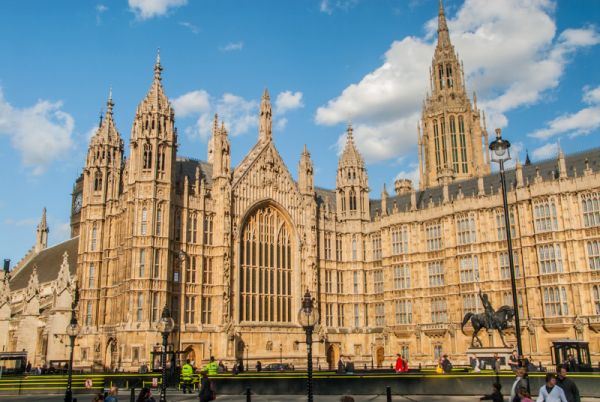 The General Election takes place on Thursday June 8, and we know that people may want to contact their local parliamentary candidates to inform them about issues of key national concern to people with ME/CFS.

You may also want to raise local issues – especially in relation to subjects such as social care and the general lack of care in the community, lack of medical education for local GPs and problems with hospital-based referral services for people with ME/CFS.

The MEA has produced a basic letter that can be used as it is, or modified to meet your individual requirements.

WE MAKE THE FOLLOWING POINTS ABOUT WRITING TO YOUR PARLIAMENTARY CANDIDATES

We would also make the following general points about writing to parliamentary candidates:

They will be receiving vast amounts of information and requests/lobbying from individuals, charities, commercial organisations and pressure groups in the coming weeks. Any written communication needs therefore to be short and straight to the point. You need to raise a few key points or questions – no more than 5, as we have suggested – and in a way that invites a reply.

2 You need to play politics as well.

If your MP is in a safe seat with a large majority, there’s not much point in chasing all the ‘no hope’ candidates.

But if you live in a marginal seat, where the top candidates are chasing every single vote, individuals who write a decent letter may well get noticed.

3 Most candidates will be holding public meetings, surgeries and making door-to-door visits, etc.

So it can be worthwhile trying to set up a face-to-face meeting, possibly involving a group of people with ME/CFS, with the candidates. If you want to do this get in touch with the party election agent. We can supply some MEA literature if you require it.

4 You could send your letter as an email but it may more effective if it is also sent as a personally signed paper letter.

5 Include your name and full postal address, and possibly your phone number – very important.

I have an illness known as ME/myalgic encephalomyelitis – also sometimes referred to as CFS/chronic fatigue syndrome – which affects around 250,000 people, children as well as adults, here in the UK. Around 25% of people with ME/CFS are severely affected – meaning that they are wheelchair-bound, house-bound and in some cases bed-bound.

For children and adolescents, ME/CFS is the commonest cause of long-term sickness absence from school.

This means there could be around 400 people in your constituency who have ME/CFS.

I would therefore be grateful if you could devote a few minutes of your time in the run up to the general election to look at 5 key concerns that affect people with ME/CFS and let me have your thoughts on what could and should to be done at a government level if your party is elected on June 8.

The five key concerns are:

Along with other fluctuating medical conditions, people with ME/CFS often have great difficulty in obtaining DWP sickness and disability benefits (ie ESA and PIP) to which they should be entitled. They are often only able to do so after going through a long and stressful appeal process.

Many people with ME/CFS experience long delays, sometimes over a year, in obtaining a formal diagnosis. As a result they are often given inadequate, or even inappropriate or harmful advice on management. This is because medical education on both the diagnosis and management of ME/CFS at undergraduate and postgraduate level is often inadequate or sometimes even non existent.

3 MANAGEMENT
The 2007 NICE guideline on ME/CFS does not meet the needs of people with ME/CFS and requires a comprehensive revision. This was confirmed by Professor Mark Baker from NICE when he spoke to a meeting of ME/CFS charities at the House of Lords in June 2014. However, there are still no firm plans in place carry out a much-needed revision.

Although the Medical Research Council has identified a list of high priority biomedical research items, funding for key areas of biomedical research, which also includes clinical trials of drug treatments and research infrastructure such as the ME/CFS Biobank at the Royal Free Hospital still has to be largely funded by the charity sector.

In many parts of the UK, people with ME/CFS still do not have a local hospital-based multidisciplinary service to whom they can be referred by a GP for further advice on either diagnosis or management. For children and adolescents, the availability of specialist referral services is extremely patchy.

For the 25% of people who have severe ME/CFS – being housebound or bed-bound – domiciliary services and in-patient facilities are almost non existent.

As you can see there are very real concerns about the way in which the Department of Health is dealing with an illness that affects around 250,000 people in the UK and which is costing the country an enormous amount of money in lost revenue through the prolonged ill health and the disability it causes.

IF ELECTED, PLEASE HELP FORM A NEW ALL PARTY PARLIAMENTARY GROUP ON ME

The All Party Parliamentary Group (APPG) on ME is aware of these concerns and before the election was announced was in the final stages of conducing an inquiry into social care for people with ME/CFS.

So my final point is to ask whether you would be willing to be involved with a new APPG on ME after the General Election?

Thank you for reading this.

I look forward to your response

The Scottish Good Practice Statement on ME/CFS was published in 2010 and offered a more useful guide to diagnosis and management than the NICE guideline. However, it has not been adequately promoted – with many practitioners using the much criticised NICE guideline instead.

I would also like to discuss these concerns with you in person if you are able to do so.

The way in which you respond to this letter will help me to decide on which candidate and party to vote for on June 8th.

This government website has some useful information on registration, postal and proxy voting etc: www.gov.uk/voting-in-the-uk