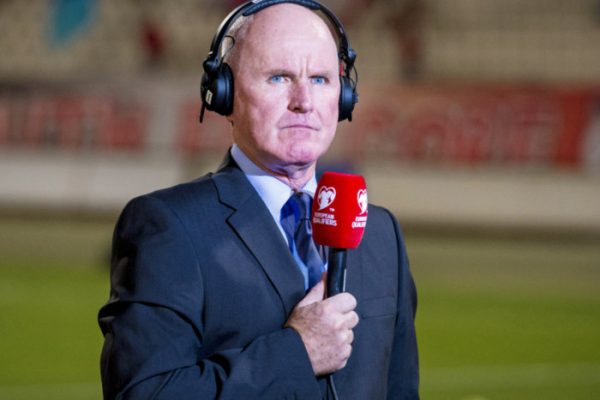 From Scotland on Sunday, 13 May 2017. Story by Kevan Christie, health correspondent.

Imagine you’re a 29-year-old footballer, playing in front of thousands of adoring fans every week, at the peak of your powers, getting paid well to do the job you love – then suddenly you’re struck down with a mystery condition and it all ends – leaving you not only unable to play but unable to get out of bed.

That was the fate endured by Celtic and Scotland star Davie Provan back in the day when players didn’t have to wear shin pads and goalkeepers stooped to pick up a back pass.

Davie Provan, who is now a commentator for Sky Sports, was diagnosed with Myalgic Encephalomyelitis during the 1985/86 football season. Provan, who was eventually diagnosed with Myalgic Encephalomyelitis (ME) during the 1985/86 season, spoke at length to Scotland on Sunday about the devastating condition ahead of the Millions Missing protest to raise awareness of ME in Scotland, which took place outside Holyrood on Friday.

The 61-year-old, who is a regular football pundit on Sky Sports, said he was “lucky” that he never suffered the stigma of being told the illness was “in his head” like so many others who have the condition.

Provan said: “I was both lucky and unlucky. I was lucky in that I was playing professional football at the time, so, given how enjoyable that profession is, I don’t think anyone doubted there was something wrong with me. A lot of people who are struck down with ME have a problem getting acceptance that they are actually ill – they can be accused of being malingerers or work-shy, which is not the case.

“It’s difficult for the ME sufferer because they look no different from everyone else – if you’ve got a broken arm, you’ve got a stookie on your arm or if you split your head you’ve got stitches in your head – [with ME] you’ve got nothing tangible to prove that you’re unwell. ME is different – there is no obvious physical sign – the symptoms are so wide and varied that it’s difficult at times for clinicians to pin it down and therefore diagnose accurately. I was lucky in the sense I was playing for Celtic and nobody in the club doubted me. I was unlucky in that there was no real diagnostic test at that time to prove it was actually an organic illness.

“There was scepticism in the medical profession back then – the tag “yuppie flu” didn’t help and that label trivialised it to a horrible extent. This is an illness that ruins lives.”

Provan, who has suffered around half a dozen relapses in the years since diagnosis, reckons he would not have caught ME if he had been playing today given the level of medical attention and sports science that surrounds football at the elite level.

He added: “My illness was definitely triggered by a virus – I had gastric flu and had lost quite a bit of weight. I had it for about four or five days, continually having sickness and diarrhoea, plus I lost a bit of weight. I made the mistake of continuing to train to try and keep my fitness up. Nowadays, the clubs would take a blood sample, measure your T-cells, and you would rest until your blood cells were at such a level that it would be safe for you to go back to training.

“Those days we didn’t have that level of science, so I was out doing laps of the track when I should have been resting and I think as a result of that the ME has kicked in for some reason.

“I still read some medical advice to ME people to do exercise, and certainly from my point of view that is the worst possible thing that anyone could tell me to do.” Provan spoke about the common misconceptions around the illness that can be damaging to the individual and offered a message of support.

“I would say that time is a healer in this illness and I would just tell people to live in hope, never give up and keep trying different treatments. What didn’t help me might help someone else – never give up, your body is a great healer.”