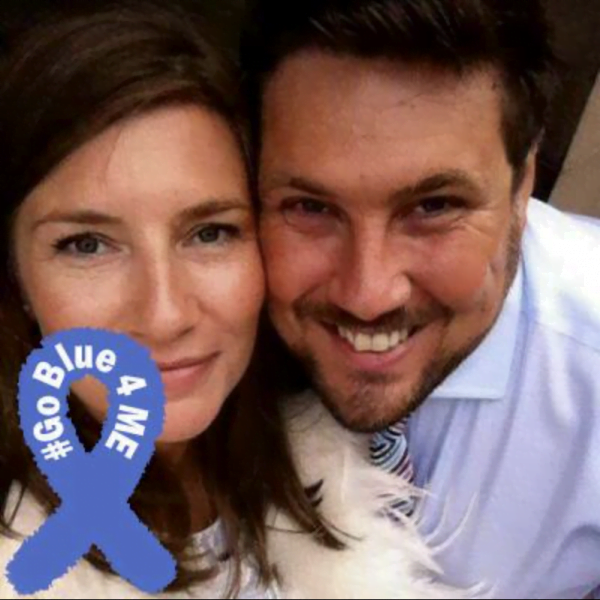 KEIRAN MOON, 33, a former Registrar, was diagnosed with ME in 2011 having never fully recovering from viral meningitis and glandular fever as a teenager. Here, he writes about how – in trying to hide his illness from other people – he became ‘a shadow man’.

I want to write about the hardest and most painful part of M.E: How it is seen by others.

“Pull you’re self together”.

“You’re in control, just push through”.

These are some of the unhelpful and hurtful things that people have had said to me since my diagnosis six years ago.

I can remember sitting in my office at work having just told my colleagues that I had M.E. and wishing to God that I could have said I had any other condition in the world other than M.E.

This sounds very dramatic but I was exhausted trying to get people to understand what M.E. was – and how it was affecting me and just how ill I felt.

Why is it that people have difficulty in understanding M.E and taking it seriously as a real physical condition and not simply a branch of mental health?

WHAT’S IN A NAME?

Some of the problems I fear comes from there just not being a lot known for certain about M.E. There is no decisive test and so in some quarters M.E is seen as the collective term for “We don’t know what is wrong with you”. A name without medical certainty and authority behind it is always going to be questioned.

There are at least 15 different names across the world of medicine for the condition, yet the majority of M.E. survivors (I prefer this term to sufferers) like the term Myalgic Encephalomyelitis. I don’t think this is because it sounds impressively medical, (indeed it’s a nightmare to say, especially when one has brain fog) but when decoded it actually describes the condition better than any other that has yet been coined.

Here however lies another problem, as our best description needs a Latin and Greek phrasebook to be understood!

I followed the common path of people with M.E. as I struggled to accept that I was no longer able to be the old me anymore, that I was limited and that I had to change how I did things. So, what did I do? Well, the opposite of course!

I worked harder than anyone in the office. I was a Special Constable in the evenings and weekends and I tried to keep up a social life, a marriage and family. I was determined to prove that I was still me.

The doctor could give my medication for the pain and the cramps and the limb trembles, the depression and the intestinal problems. I could get glasses to help with the blurred vision and, as for brain fog and memory, I could find ways to cope. But I became a shadow man, faking my own actions to appear normal and to hide my illness. And eventually, I crashed.

DON’T JUDGE THIS BOOK BY ITS COVER

We all do it every day. We are programmed to look at a nice shiny book on the shelf and say: “Yes please, I want that one,” passing over the older, shabbier looking item which is just as good. Now here you are all thinking that I am describing the person with M.E. as the shabby book. No, not at all. Because as any M.E. survivor knows, they would never let themselves outwardly look worn out to any but their closest circle of friends and family.

The truth is that M.E. people are really an old book. But they’re wrapped in an artificial new looking cover to try and convince everyone else that they are alright and that they still have value. Survivors fear being judged and treated differently and so hide their condition. It’s a stalemate with neither side learning from the other.

So, at my worst, I wouldn’t allow people to judge my book cover as it was. I wanted them to see the new, shinier, better covered edition to hide my own fears and feelings about my condition and because I was too scared to hear theirs. If I’m honest, it was me that judged the cover more than they ever could. Some would call this self-sabotage – for me it was just survival. I didn’t know how else to be and I was petrified of the alternatives. Not working? What about the mortgage? What about the debts I had?

It is a human trait in general to hide pain and to try not to show a weakness. This is an inbuilt safety devise that has allowed us to avoid predators and to stay alive even when we are injured. And I often think M.E. is like this. I myself feel a lot of pain with my M.E. A burning of the muscles, an aching of the joints, a throbbing sensation and a pins and needles sensation, often all going on at the same time in different places.

There is an over-flowing amount of evidence that M.E. is a complicated, multi-faceted, multi-system affecting condition which cannot be simply dismissed as psychological or a mental health condition.

I agree my brain is involved as it is telling me I am in pain, but is that not what it is designed to do? Do I get depressed? Who wouldn’t if you are stuck in bed for long periods of time, you have trouble walking, washing yourself, feeding yourself, talking, thinking, you couldn’t see friends and family and you couldn’t provide for yourself! Let’s be clear, the feelings of depression I have are as a result of my having M.E. – and are not a sign that the condition exists only in my mind.

You have to learn to make friends with this illness – it won’t be “bossed” as someone once told me. If you broke your arm, you would maybe have it plastered up and then be offered some physio as you recovered. M.E. is not that different in many ways, you have to place yourself in the right mental and physical cast for support and you WILL need therapy to help you deal with this illness. Not because it’s a metal problem, but because you will be mentally affected by it and you will need strategies to cope.

The adage “No man is an island” is truer for people with ME than for any one. Although it feels at times that you are the island, cut off and lost at sea, battling the elements; you have to build bridges and launch boats to take control and slowly you will reconnect with the mainland, even if only on good days with great visibility. There will be storms that will tear down your bridges and sink your craft, (and those are just the days you didn’t sleep through). But that’s ok, it’s alright to fail. Just start again.

“THE TORTOISE HAS NOTHING ON US…”

We are the masters of ‘pacing’. The tortoise has nothing on us, but just like the tortoise we will reach our goals in the end. This isn’t just tiredness – normal tiredness goes away after a good sleep (even a bad one). This tiredness robs you of sleep, steals your peace of mind and tortures your every waking moment – the moments that you realise that you feel worse, not better after a night’s so-called ‘rest’.

I wish M.E. was all in my head. A mind can be reasoned with, a mind can be reprogrammed and mind can be soothed, its suffering eased. M.E. is not so simple. It is real and very physical.