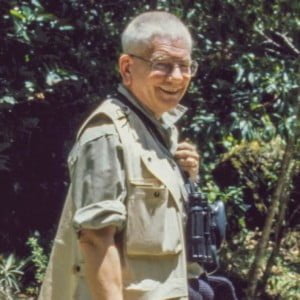 A “compassionate and caring” doctor who was a leading light in the development of a specialist cancer centre at Gorleston’s James Paget Hospital has died aged 74.

Dr Terry Mitchell will be remembered as one of the pioneers of the Sandra Chapman Centre and the Norfolk and Suffolk ME/CFS (chronic fatigue syndrome) service.

He died on July 3, three years after a diagnosis of mesothelioma.

In 1982 he was the first haematology consultant to join the staff of the newly built James Paget hospital having moved to the Lowestoft area from Charing Cross Hospital in London with his wife Dr Anne Mitchell, also a consultant in microbiology, and their two daughters.

Over a 20-year career at the James Paget, Dr Mitchell initiated the fundraising and building project, which resulted in the provision of the Sandra Chapman Centre.

The idea for a dedicated treatment centre for patients suffering from haematological illnesses and cancer first came from Dr Mitchell’s discussions with one of his patients, Sandra Chapman (former Deaconess of Hopton and Corton churches).

Sandra was an inspiration to Dr Mitchell and his commitment and dedication lead to and a two year fundraising campaign.

The result was the Sandra Chapman Centre which has provided care to local patients ever since.

As well as looking after patients in his role as a consultant haematologist, Dr Mitchell established the first consultant led service for patients with ME/CFS in Norfolk and Suffolk and was a national champion for the region for many years.

Dr Mitchell was supported in this by the efforts and campaigning of patients and families affected by ME/CFS, and long after his official retirement as a haematologist, he still carried on working with this group of patients.

He was also passionate about the training and support provided to medical students and young doctors. He was appointed as Associate Dean to the Cambridge University clinical school, a role which allowed him to directly help doctors with their training

Many patients and staff who knew him well have made tributes to Dr Mitchell.

Before and after retirement Dr Mitchell enjoyed pastimes including gardening, entomology, and as an experienced ornithologist, along with Anne, they enjoyed extensive travel across the world and in his home county, watching and studying birds.

Dr Anne Mitchell thanked all friends, staff, patients and Steve Haughton (civil celebrant) for attending Terry’s celebration of life and their overwhelming tributes, support and donations made in Terry’s memory.

Former patients, relatives, nurses, doctors and friends joined the family on Friday July 24 at the Parkhill Hotel to remember and celebrate his life.

Dr Charles Shepherd, medical adviser to the UK ME Association, said: “The words kind, compassionate and caring all immediately come to mind when I think of Dr Terry Mitchell. He will be greatly missed by his patients with ME/CFS – and he must have seen a huge number during his professional career.

“And we should never forget that Terry was one of a very small number of clinicians with NHS consultant status who wasn’t afraid of supporting his patients when he knew something was clearly wrong – his strong criticism of the NICE guideline and supporting the High Court judicial review of the guideline being just one example.”