Last week ME/CFS stakeholders – including the ME Association – received a letter from NICE informing us that the consultation period for consideration of a review of the current NICE guideline would take place from Monday, 10 July until Friday, 21 July. NICE will let us know what will actually be required of us during this period nearer the time. 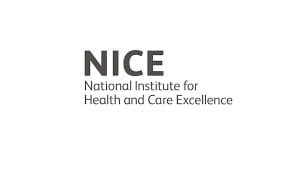 While we consider what it is we want from this guideline review and what further evidence we can provide that might support our case, we thought it might be useful to provide some background and hear from Dr Charles Shepherd about this latest development.

Like some (but not all) of the UK ME/CFS charities, the ME Association has always regarded the 2007 NICE guideline as being unfit for purpose – but it does have a few positive points.

Over the past ten years the ME Association has made several attempts to try and get a revision of the guideline – but without any success, until possibly now.

NICE had decided to park the guideline on its static list back in September 2013, prompting us to submit a comprehensive critique which dealt with a large number of reasons why this decision was wrong. At the same time the Forward ME group of ME/CFS charities, under the chairmanship of the Countess of Mar, decided to try a more joined up approach.

In 2014 Forward ME held meetings and exchanged correspondence with Professor Mark Baker at NICE – who accepted that there was a need to look at the guideline again.

“…we are stuck with a NICE guideline on ME/CFS that patients do not want, the ME Association regards as completely unfit for purpose, and a guideline which NICE (at long last) now accepts is no longer doing the job it should.” Dr Charles Shepherd July, 2014.

But Professor Baker then ‘passed the parcel’ to NHS England – who had assumed the responsibility for ordering a NICE guideline revision. In 2015, the Forward ME Group met (and had correspondence with) Dr Martin McShane, Director of Long Term Conditions at NHS England, to try and achieve a change of mind.

There is some interesting internal correspondence from 2016 involving Professor Baker at NICE and Dr McShane at NHS England, which was clearly not intended for public consumption. This was obtained by three Freedom of Information (FOI) requests from a Mr Ellis.

The FOIs suggested for example that while NICE would take more notice of UK medical opinion, it would also review overseas evidence such as the influential report from the Institute of Medicine in America. However, it was also revealed that Professor Mark Baker was of the opinion that there was no evidence that GET was responsible for making some people’s health worse.

Commenting on the current prospects for a review of the NICE guideline, Dr Shepherd said:

“I can only assume that a combination of continual pressure at a charity and parliamentary level has forced a change of mind at NHS England and at NICE – resulting in the current situation.”

“As has already been pointed out, NICE announced some time ago that they would be reviewing all the relevant evidence to see if a review of the NICE guideline is now needed.”

“It’s important to note that NICE are not really interested in research into causation of ME/CFS. Unfortunately, they only provide guidance to doctors on clinical assessment, diagnosis and management of illnesses.”

“So they only want to see and review research evidence and clinical trial evidence that relates to the above three topics, and there isn’t a huge amount of new high quality papers to put in front of them.”

“The Forward ME Group and the Countess of Mar have, however, been in very regular contact with Professor Baker and have been forwarding what we feel is important evidence that needs to be taken into consideration:

For example, the Wilshire et al. re-analysis of PACE trial data, the ME Association ‘patient-evidence’ report on CBT, GET and Pacing, the Rituximab trial papers and the new paediatric primer (co-authored by MEA paediatric adviser Dr Nigel Speight).”

“The most recent development is the announcement that stakeholders in the NICE guideline on ME/CFS are being consulted in July and the ME Association will submit a further response inline with what we are being asked.”

“This evidence gathering process is supposed to be terminating around September or October – after which NICE will announce if a guideline revision will take place. My guess, and this is purely guesswork, is that they will decide to carry out a review and if this does take place, it will presumably start in early 2018. How long it will take is debatable. We could have a result in 2018, or it could take till 2019.”

“If NICE decide that a review is not necessary, we are back to square one and will once again be banging our heads against a very thick wall.”