A YOUNG disabled woman is calling for a disability benefits assessment centre to be reinstated in Bedford after learning she would face a 35-mile round trip to Milton Keynes for appointments. 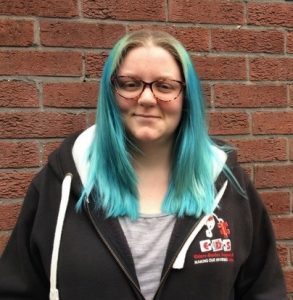 Bedford woman Jess Dell, 26, suffers from ME, debilitating connective tissue condition Ehlers-Danlos syndrome and fybromyalgia and is unable to use public transport.

She was shocked when she learned there were no plans to reopen the Bedford centre, which closed in 2015.

“It is ridiculous”, said Jess, whose last assessment was in 2014, “there was a perfectly good centre in Bedford that local people could easily access. I am completely reliant on my parents to take me to my appointment in Milton Keynes. What about those people who do not have that kind of family support?

“There are already so many barriers to claiming disability benefits: you only have one chance to re-arrange your appointment and if you have are ill that day, or in hospital, you could lose your payments – even if you have a doctor’s letter.

“I’m in constant pain and I cannot even brush my hair without help. I would happily trade places with someone able to work.”

A hospital spokeswoman told BoS the centre had been run on-site by hospital occupational therapy staff but Atos, the company which carries out assessments for the Department of Work and Pensions (DWP), decided not to renew its contract in 2015 as the government wanted to use purpose-built centres.

“The Bedford centre closed in August 2015 as it conducted too few assessments for it to remain open, however, we continue to monitor and keep this decision under review. Home consultations and transport may be arranged as a possible alternative option for those most in need,” an Atos spokesman said.

In 2013, DWP ruled the Luton assessment centre in Alma Street complies with the Equality Act despite the fact that assessments are carried out on the sixth floor and there is no emergency exit other than the stairs.