Story by Sarah Staples, press officer, The ME Association

Research – at least research into ME – it seems, is like buses. You wait years and then five come along at once. 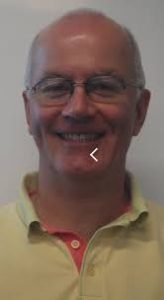 “There is so much science coming out now, globally,” says Dr Karl Morten (pictured), the man tasked with leading a team of researchers in a new study, funded by the ME Association’s Christmas Appeal.

“It makes you think: ‘what shall we do?’. Is there one of these studies that’s worth following up on? If there is, which way shall we take it? And how?”

In October, when we first spoke about the appeal launch, he was quietly upbeat – chatting cautiously about being 52 and ‘looking for a clinical problem which I can invest the last ten to 15 years of my research career to really make a difference’.

Now it’s sounding more like fighting talk; making Oxford a centre for global research into ME; pulling in a further £300,000 for more studies and other scientific avenues that he and the team are hoping to explore – more of which later.

It’s all become, he says later, “a bit more ambitious.”

So what changed? The release of those studies, which open up a whole new set of questions, was timely. As was the groundswell of support from the Christmas appeal, Make ME Better.

The campaign set out to raise £50,000 in four months. It smashed the target in a breathtaking six weeks and now, as it draws to a close, stands at a scrape over £60,000. Money raised by it will be used to fund Dr Morten and a team from Oxford and Newcastle universities to study metabolomics – chemical clues left behind after changes in cells.

Finding these clues could lead to the development of a simple blood test for ME.

“The amount of donations that came in…” he says, still sounding a little surprised. In our economically-straightened times, the science, he half jokes, is straightforward compared to finding funding to do it in the first place.

But now, after the hoop-la, comes the graft at the scientific coalface. So what are the nuts and bolts of what will happen next?

The main function of the TCA, or tricarboxylic acid cycle, is to convert the food into chemical energy that the body can use. If this cycle is somehow broken, it would be like expecting a car to start with no fuel in the tank.

To explain how it functions in a healthy body, take yourself back to secondary school and picture in your mind’s eye the pencil drawing you made of a basic cell when you started learning about biology.

It’s rough circle, with a small black nucleus in the centre. Floating in the cell are sausage-shaped mitochondria, the powerhouses of energy production, which take in nutrients, breaks them down and create energy rich molecules.

The body turns complex carbohydrates – foods like peas, beans, whole grains and vegetables – into a sugar called glucose. To harness this as energy, the glucose first has to cross the membrane of the cell. Once inside it enters a chemical pathway called glycolysis where, if conditions are right, it ends up as pyruvate.

“Pyruvate can be taken up into the mitochondria of a cell, through a membrane pyruvate carrier, which acts like a bridge. And once inside mitochondria, pyruvate is fed into the TCA cycle.”

Because the TCA is a central hub of metabolism driving the synthesis of many products include the components of cell membranes, the building blocks of proteins and key co-factors for a wide variety of reactions.

And not only that, but it also makes essential cellular building blocks a fully functional TCA cycle generates the majority of cellular energy in the form of ATP, adenosine triphosphate.

The generation of energy in mitochondria also requires a functional chain of complex enzymes which pass electrons generated by the TCA cycle to oxygen carried in the blood stream.

This process moves protons to the outside of the first of two mitochondrial membranes. When these protons move back into the mitochondria through a rotating protein structure called the ATPase, the high energy substrate ATP is formed. This ATP is essential for all energy processes in our cells these include a pumping heart, muscle contraction, nerve function, insulin secretion.

“That pyruvate carrier bridge and the enzyme Pyruvate dehydrogenase (PDH) which converts pyruvate into acetyl CoA, are extremely important if glucose metabolism is going to generate sufficient ATP to maintain all cellular functions,” explains Dr Morten.

“If Pyruvate fails to gain access into the mitochondria or PDH function is impaired then the number of ATP molecules drops from 36 to two!”
Fats and proteins can also be fed into the TCA cycles via alternative routes and generate similar levels of ATP molecules to the oxidation of glucose. In humans, carbohydrates are the preferred energy source.

However if carbohydrate intake is low the body can switch to using fat or protein as a source of energy which bypasses pyruvate as a feed into the TCA cycle.
“This is the basis of a ketogeneic or Atkins type diet. As little as around 50 grams of carbohydrate in the diet is enough to favour metabolism of fats over carbohydrates,” he adds.

SO BACK FULL CIRCLE TO WHERE WE STARTED…

So back to where we started. All the recent studies suggest there might be a block at the level of Pyruvate metabolism in ME/CFS. Fluge showed that the blue print for the enzyme pyruvate kinase 1 (PDK1) a key regulatory enzyme of PDH was increased in blood cells of ME/CFS patients. High levels of the PDK1 if produced could result in the inactivation of PDH preventing pyruvate entering the TCA cycle reducing ATP generation from carbohydrate metabolism.

In the Italian study by Ciriega, levels of the pyruvate carrier in platelets were reduced by 50% which could also potentially reduce ATP production from glucose. Other observations such as reduced amino acid levels in plasma and an increase in TCA cycle enzymes could both suggest problems with the TCA cycle.

“Further follow up studies on this work are now essential,” says Dr Morten. “Can the findings be replicated by other research groups? Can PDH enzyme activity be shown to be reduced in blood cells from ME/CFS patients?”

The metabolomics research – which will begin to put all these things under the microscope – is the first step. The team at Oxford now plan is to develop a metabolomics-based approach which looks to identify the various metabolites detected in all the recent studies.

They are in the process of putting together a bigger proposal, looking for a further £300,000 of funding to expand their work.

“Post exertional malaise is a hallmark of ME/CFS. What we would like to do is recruit patients to take part in studies which investigate the impact of an exercise challenge on range of biomarkers.

“These would include those identified as different from a control group in metabolomics studies and also pilot the use of imaging studies to explore changes in patient tissues.

“That control group is critical. A key component of such studies is to involve other fatigue groups who do not have ME/CFS. Being able to identify which biomarkers are linked to deconditioning is crucial in trying to understand the molecular basis of ME/CFS.

“Such studies will require us to consult with patients and run pilot studies to assess the type of exercise challenge which could be most useful.

“The last thing we want is make patients more unwell with our experiments. After a protocol has been developed, this will need to be presented to the ethics board for approval.

“The study will likely be small initially, he says, “but will be of fundamental importance in establishing a track record for running larger studies in the future.”

There is a long way to go. Putting the proposal together will take months, and that’s before taking it to the ethics board. But perhaps there is a faintest of scientific light at the end of the very, very long tunnel of ME.