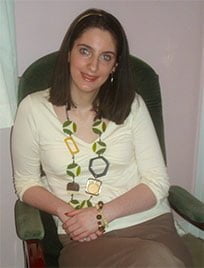 Emily Collingridge, who died in hospital on Sunday at the age of 30, had hardly lived – but she leaves a huge legacy.

It will endure in the form of ‘Severe ME/CFS: A Guide to Living’, the 140-page book which she researched and compiled when all the health odds were stacked against her. It’s been on the ME Association’s highly recommended list since it was first published two years ago.

At this point in time, one can only guess what writing this well dipped-into book took out of her but all the clues point to an utter, complete and this time unshakeable exhaustion.

Emily had been ill since the age of six when she went down with mumps. For nine years – until she received her ME diagnosis in 1996 – she suffered a huge array of bewildering and worrying symptoms for which doctors could find no cause.

By then, her health was shot through and she had to use a wheelchair. Rather than bemoaning her lot, she had the good fortune to find an organisation much to her liking and threw herself into her first job as PR and Fundraising Manager for the Association of Young People with ME (AYME).

Emily’s powerful presence there, even though she mostly worked from home, was soon felt far and wide and was recognised nationally by the Whitbread Volunteer Action Awards. At the age of 21, she left AYME to become a project adviser for several other charities, including Home Start.

In 2005, she had a major relapse and, after AYME had published her book, she was also too ill to undertake the usual book tour and press interviews expected on such occasions.

Tributes have been pouring in since the shock news of her death in King’s College Hospital, London, after a lengthy admission.

Typical of comments on the Facebook page dedicated to the book is this from Cathy Stillman-Lowe: “Her book is an extraordinary achievement, and testament to her determination to help others and turn her suffering into a positive legacy for those with severe and very severe ME. I was privileged to work with her as a proof-reader on the book, and so saw her at work first-hand. God rest her soul, she suffered greviously with her illness, and is now at peace. Emily Rose – may flights of angels sing thee to thy rest!”

And our own medical adviser, Dr Charles Shepherd, had this to say today: “We learned about Emily’s tragic death on Monday and I have been in regular contact with the family since then. Despite being very severely ill Emily made a major contribution towards helping other people with this illness and she will be sadly missed. We send our condolences to her parents and the family at this very difficult time.”

No announcements have yet been made about the funeral arrangements.

Emily mother’s Jane has asked for these last written words from Emily to be reposted. About a year ago, Emily tapped them into the keyboard of her smartphone over many weeks – while she still had the strength in her body to do so.

It has been said that the following is hard to read. But that is all we ask you to do: to read it, to forward/re-post it and to pledge your support for the many thousands of people like Emily who have to LIVE it.

“My name is Emily. I developed the neurological condition Myalgic Encephalomyelitis (ME) when I was 6 years old. In April 2011 I turned 30. I still have ME.

ME coloured every aspect of my childhood; it painfully restricted my teens and it completely destroyed my twenties. Now, as I move into the next decade of my life, I am more crippled than ever by this horrific disease.

My doctors tell me that I have been pushed to the greatest extremes of suffering that illness can ever push a person. I have come very close to dying on more than one occasion. If you met me you may well think I was about to die now – it’s like that every single day. After all these years I still struggle to understand how it’s possible to feel so ill so relentlessly.

My reaction to small exertions and sensory stimulation is extreme. Voices wafting up from downstairs, a brief doctor’s visit, a little light, all can leave me with surging pain, on the verge of vomiting, struggling with each breath and feeling I’ll go mad with the suffering. Of course it can also be as bad as this for no particular reason – and often is. I cannot be washed, cannot raise my head, cannot have company, cannot be lifted from bed, cannot look out of the window, cannot be touched, cannot watch television or listen to music – the list is long. ME has made my body an agonising prison.

My days and nights are filled with restless sleep interspersed with injections, needle changes (for a syringe driver), nappy changes (as well as experiencing transient paralysis and at times being blind and mute, I am doubly incontinent) and medicines/fluid being pumped into my stomach through a tube. My life could be better if I had a Hickman line (line which goes into a major vein and sits in the heart) for IV drugs and fluids, but such a thing would likely kill me. I’m on a huge cocktail of strong medications which help, yet still most days the suffering is incomprehensible. During the worst hours I may go without the extra morphine I need as I feel so ill that the thought of my mother coming near to administer it is intolerable – this despite pain levels so high that I hallucinate.

I live in constant fear of a crisis driving me into hospital; our hospitals have shown such lack of consideration for the special needs of patients like me that time spent in hospital is torture (eased only by the incredible kindness shown by some nurses and doctors) and invariably causes further deterioration.

Many days I feel utter despair.

But, unlike some sufferers, over the long years in which I’ve had severe ME (the illness began mildly and has taken a progressive course) I have at least had periods of respite from the absolute worst of it. During those periods I was still very ill, but it was possible to enjoy something of life. So in these dark days I know there is a real chance of better times ahead and that keeps me going.

My entire future, and the greatly improved health I so long for, however, currently hinges on luck alone. This is wrong. As I lie here, wishing and hoping and simply trying to survive, I (and the thousands like me – severe ME is not rare) should at least have the comfort of knowing that there are many, many well-funded scientists and doctors who are pulling out all the stops in the quest to find a treatment which may restore my health and that the NHS is doing all possible to care for me as I need to be cared for – but I don’t. This wretched, ugly disease is made all the more so through the scandalous lack of research into its most severe form and the lack of necessary, appropriate support for those suffering from it. This is something that must change.

And that is why I tell my story; why I fight my painfully debilitated body to type this out on a smartphone one difficult sentence at a time and to make my appeal to governments, funders, medical experts and others:

Please put an end to the abandonment of people with severe ME and give us all real reason to hope.”