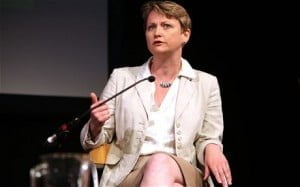 From the Sunday Telegraph, 5 June 2011 (story by Bryony Gordon)

As one half of Britain’s most powerful political couples, she is fiercely protective of her private life. But Yvette Cooper chose the Telegraph Hay Festival to talk extensively about her battle with ME.

The Shadow Home Secretary was struck down with Myalgic Encephalomyelitis – also known as Chronic Fatigue Syndrome – when she was just 24 and working as a researcher for John Smith, the then Labour Party leader.

“I got flu one January and it basically never went away,” she told the audience on Saturday. “It was a horrible time and I didn’t know if it would ever end. I couldn’t leave the house, I couldn’t even get out to buy a newspaper. All those things you take for granted like running for a bus were beyond me.”

Some believe that ME is a psychosomatic illness but the MP for Pontefract and Castleford said she was “lucky, because I had a good GP who took the condition seriously and never said it was all in the mind. He said it was triggered by some sort of virus. But it was an awful time.”

The illness affects about 250,000 people in Britain, leaving them severely lacking in energy. Apart from exhaustion, other symptoms can include muscle and joint pain, recurrent sore throats, difficulty concentrating and an inability to sleep well. The cause of the condition remains unclear and evidence on effective treatments had been inconclusive. In most cases, a previously fit and active person will find the illness triggered by an infection. The symptoms last for several months.

Mrs Cooper eventually recovered enough strength to go and work part time for Harriet Harman. It was at this stage that she met her future husband, Ed Balls, who was working for Gordon Brown. “I had briefly met him [Balls] before, on Hampstead Heath. I was sitting on a bench with a friend and he walked past with other friends who we both knew. But it was through the Labour party that we properly met.”

Mrs Cooper’s discussion of her struggle with ME comes after Mr Balls revealed how he has battled to overcome a stutter.

He said he had to memorise all his speeches because he could not read a script and that the speech impediment has caused him to freeze when speaking and give a halting delivery to hide the stammer.

Mrs Cooper, who briefly left politics in the mid 1990s to work as a journalist, said that her husband, now the shadow Chancellor, had originally been keen for her, not him, to run for the Labour leadership.

But while she thought about it “very carefully”, she decided that it would not be in the interests of her three young children. “I know some people think of it as letting women down, but I actually believe that it isn’t very feminist to respect my decision.”

Mrs Cooper, who revealed a love for tap dancing and Doctor Who, also provided an interesting glimpse into family life. Asked whether Mr Balls was any use around the house she said that “he does all the cooking. I used to do a bit but now I make him do everything because he’s so good at it. I get home from work and start panicking that I need to buy a ready meal but dinner is always there laid out on the table.”

Mrs Cooper did, however, admit to making jams and chutneys. Who wore the trousers in the relationship? “I think it would be safe to say that we both do.”