Gary Burgess, Presenter and Producer, The ME Show.

“It helps me feel connected and not so alone.”

“These podcasts are amazing. I wish they’d been around when my daughter was diagnosed in 2016.”

“It’s essential listening for patients, their families and the medical community.”

Over the past year I’ve learned to spot multiple clues that a crash is coming. Among them, that I can get very emotional about almost anything. A silly TV commercial. A driver letting somebody out at a junction. Even listening to the birds singing. 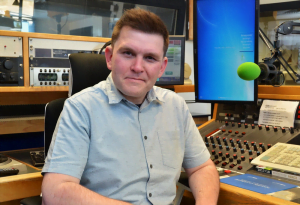 They can all make me cry and I know that I have overdone things, and that it’s time to stop.

So, you can probably imagine what state reading reviews of The ME Show podcast series has left me in!

Each week over the past three months it’s been my privilege to publish a different episode of the podcast, and then to receive messages on social media, online forums and direct by email from strangers around the world.

Most simply expressing delight that such a podcast exists, a few challenging the content and making suggestions for guests, and one or two sharing thoughts on how long each episode should be (answer: half an hour or thereabouts seems to please most people).

Well, series one is at an end. More than 10,000 episodes have been downloaded or streamed since we started this project back in May. And now all 10 episodes in the series are published, I thought it a good time to reflect on each episode.

Jennifer was my immediate dream guest for the first episode. Why? She’s got global awareness, her work is timely, and her experience of ME has been told in such a visceral, raw way that I wanted to get a sense of her for myself. Well, she didn’t disappoint.

She spoke with such honesty and, at time, such emotion in a way I’ve never heard her do in any other interview. She’s on a mission to do more than accept baby steps of progress. She believes she deserves better and that we all deserve better. As a worldwide advocate for raising awareness of ME and fighting for better understanding and treatment for patients, Jennifer is up there with the best.

The episode also featured a special reworking of Bob Dylan’s classic Blowin’ In The Wind by Robert Saunders, with the help of others with M.E. from around the world. Listening to it still makes the hairs on my arms and neck stand on end. It’s haunting stuff.

I didn’t know much about Charles before the interview, beyond reading his pieces in ME Essential magazine. He was one of those people who I could talk to forever. His knowledge, his insight, his historical context and personal story are all so compelling to hear. The ME Association is clearly lucky to have him among its ranks, and I suspect I’ll be making a return to the good doc for another interview before too long.

Carol is the MP who triggered the Westminster Hall debate in the spring and then a bigger parliamentary debate this summer. She’s got a scientific background and is such a strong ally in the ‘corridors of power’ when it comes to an evidence-based approach to ME.

She’s a powerhouse with determination and, as she makes clear in this episode, she’s playing the parliamentary system one step at a time to create a groundswell of understanding and support among MPs. A very important person for the whole ME community.

Jane is from Tymes Trust which supports children and young people with ME. I found some of her testimony heartbreaking. Stories of parents being accused of abusing their own children, rather than a diagnosis of ME being believed by the authorities. That is nothing less than a scandal, and Jane’s work is instrumental in changing attitudes within schools, local authorities and beyond.

This couple are using their skills and passion for music to create an online community of creatives who in turn are using their music and poetry to raise awareness of ME and raise funds for ME charities. Michelle’s got it tough with her symptoms, and Nigel’s doing all he can to look after Michelle while the pair bring their Music 4 ME project to life. If you want to be inspired by the works of others, let it be the Henshaws.

Some of my guests from Series One of The ME Show:

Trish has severe ME. Indeed just summoning the energy to record our interview took buckets of determination. Trish and her daughter live an often hidden life, as both have the illness. Trish brought me to tears with her description of what their life is like. It reminded me of the isolation that many experience, and the cruelty of ME, but there was no pity whatsoever. Instead, Trish is active in online forums, sharing what she’s learned with others and making ‘virtual’ friends and connections along the way.

Emma presented the BBC Newsbeat documentary M.E. & Me which aired in May and has had multiple repeats on the BBC News Channel, as well as racking up the views on YouTube and iPlayer. Making the documentary clearly took its toll on Emma, physically, as she has M.E. but also emotionally as she met those living with the most severe symptoms associated with it. It was a pleasure to speak to Emma and know there’s somebody out there wanting to do her bit to shine a light on ME.

Greg looks after his wife who has severe ME. I wanted to get a searingly honest understanding of the impact it can have on those around the patient. Greg described their life where the smallest of successes are considered the greatest of victories, such as being able to sit in the garden. But he also spoke, movingly, at the way he felt his wife had been repeatedly failed by health professionals. He’s written a book about his own experience in the hope of helping other carers.

Chantelle set up a support group in her home area for people with ME, and Rachel was one of those who joined. They now also put on occasional coffee mornings for those who are able to physically attend. I found this a fascinating insight into how to create a community and find others where you live who have ME. It can be a lonely existence, and Chantelle showed me the difference going a little further than most can make.

I rounded off series one with a summary of this summer’s debate about ME in Westminster. The full debate was more than three hours long – incredible! But I know watching or listening to so much is simply not possible for many with M.E. This distillation of the speeches gave me hope. That so many parliamentarians now get what M.E. is, and understand the failings, frustrations and unfairness facing so many of those with it made me realise there is progress. As Jennifer Brea said at the start of the series, she wants proper, consistent and measurable progress, and this debate is part of that journey. 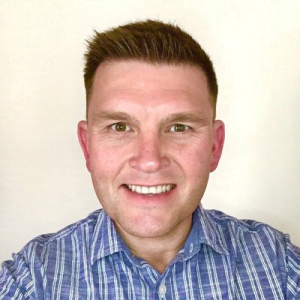 And there we have it. I’m incredibly proud of the series and so grateful to all the contributors.

The ME Association supported me from the outset and both John and Russell have been a constant source of encouragement, especially on the days I’ve been running on empty and can’t see the wood for the trees!

I love that series one is over, because I can now focus on series two! Watch this space… but expect something later this year. And that means, as one reviewer said, it may help somebody else with M.E. feel just a little less alone.

For now, please keep sharing these podcasts. You can also find ‘The ME Show’ on Spotify and most podcast platforms – and if there’s a rate and review option where you’re listening, please leave some thoughts to boost our visibility and place in the rankings. It will also help increase awareness of M.E.

Listen to the show on the ME Association website, and on the podcast player below:

Please show your support for the ME Association

Donate, whatever you can afford, to help us continue with our work and make the UK a better place for people with M.E. Just click the button below:

Why not join the ME Association as a member and become part of our community?

You will be making a valued contribution to our work and you will receive our exclusive members magazine –  ME Essential – delivered straight to your door.

Also, if you join by annual standing order, you can select £10 of free leaflets from the most extensive range available on the internet.