You can also read these minutes on the Forward ME website 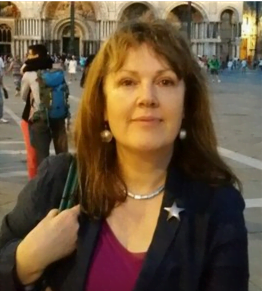 2.2 Since the meeting Ms Pugh has e-mailed her slides to Forward-ME and these have been forwarded to all our members. Their contents are summarised briefly below.

2.3 Slide 1 deals with the joint Department of Health and NHS England report which was produced in conjunction with the Department of Education following a Ministerial Task Force “Future in Mind” which was published in the last days of the Coalition government. Its key messages are that the system could support children, young people and their families better if agencies worked together more closely.

Slide 2.  Following the publication of Future in Mind, the Government allocated extra resources for CYPMH for which there are targets including seeing an extra 70,000 more CYP per annum. Ms Pugh explained that CYPMHs are small services usually attached either to an adult mental health trust or to a child health trust (general).

Slide 4 refers to £1.4 billion additional funding announced during 2014/15 and how it will be apportioned. Slide 5 sets out the programme of work, Slide 6 sets out progress in 2017/18 so far. Slide 7 sets out issues at national, regional and local levels, and slides 8,9 and 10 contain in-patient commissioning issues.

Slides 11 to 20 set out the programme for improving capability and capacity in the different parts of England.

3.1 Tony Crouch referred to his experience of LA Social Services and shortages of staff. Ms Pugh agreed there was a need to train more nurses, LA staff and the voluntary sector to deal with children and young people’s mental health. Most areas do not yet have, for example, dedicated 24 hour CYP crisis intervention cover.

3.2 Referring to the programme of work, the Chairman said that some severely affected ME patients had great difficulty swallowing and there was a tendency to treat them as though they had an eating disorder. The evidence was that this was not so. She emphasised that ME is not a mental illness. CAMHS should recognise this. The NICE guidance, which was being redeveloped, ought to make this clear. The Americans were no longer recommending CBT or GET for ME.

3.3 Ms Pugh agreed that ME experts were needed but added that there were few of them. As with certain other conditions there was a need for evidence-based interventions. Referring to developments with NICE and ME, she drew a comparison with NICE guidance on self-harm. Practice in mental health services had now changed but NICE guidance had not caught up with this.

3.4 The Chairman pointed out that in some cases current NICE guidance on ME was not being followed. For example, it says that any treatment proposed must be agreed with the patient, yet we hear of children being given graded exercise, for example, without there being any agreement. Ms Pugh agreed that a child or young person, if  competent, could refuse any treatment proposed. An anomaly in the 1983 legislation had been rectified to secure this. She also explained the importance of individual treatments for individual patients rather than a prescribed model for all or many of them.

3.5  Tony Crouch emphasised the need to keep local authorities involved. Good plans had sometimes come to nothing in the past. Kathryn Pugh said this was why the local transformation plans were so important. Local authorities would be involved with other commissioners, providers and users in the planning process. The new Green Paper (just published) gives the opportunity to bring attention to past problems. Tony then drew attention to children with ME being referred to CAMHS. He said this could be helpful but only if CAMHS recognises that these children do not have a mental illness. They cannot make themselves better by “thinking themselves better” or through exercise regimes. It was partly the fault of paediatricians that such methods were being used.

3.6 The Chairman added that the way CBT was given to children with ME seemed to assume that “it’s all in your head”, and they were expected to persevere with physical exercise which was causing them distress. Dr Charles Shepherd added that CBT could help people manage their condition but many providers of services were claiming it was a cure for ME which it is not. Janice Kent agreed that CBT is not a cure for ME. Self-management training, with pacing, can help a sufferer make the best use of depleted energy reserves, but again it is not a cure.

3.7 Ms Pugh asked whether there were case studies that showed “return on investment” – for example that pushing these children back to school was counter-productive. If so they should be brought to the attention of commissioners – without waiting for the NICE guidance to change. The Chairman asked Tony Crouch whether this was something Jane Colby could do as she had details of a lot of such cases. Tony agreed to ask Jane. He also referred to the need for domiciliary services for ME patients. They are much needed but there are next to none of them, and even if such patients are seen they can have brain fog which means they cannot communicate effectively.

3.8 Ms Pugh mentioned other methods of communication such as e-mail which some children found easier than spoken communication. The subject of FITNET was raised. Having collated overviews of presentations at the recent CMRC conference, Clare Ogden was able to give a brief update on the progress of FITNET as presented at the conference. Tony added that some children with ME were unable to speak at all, so their parents tend to speak on their behalf – they can then be accused of FII.

3.9 Clare Ogden said that some children want to access CAMHS because they have a condition such as anxiety on top of ME but sometimes they cannot get that support. She asked Ms Pugh if she could explain more about “needs-based pathways”. Ms Pugh explained that when the patient presents with a mental health condition they may have one or more other medical conditions, and it is a matter of identifying the right care pathway for the individual child. In some cases there may be a condition which does not require medical attention as such. (For example anxiety about exams is a natural reaction not a mental health matter). But some patients have multiple illnesses and need an individually-tailored care pathway. The involvement of other bodies such as schools and social services should be considered.

3.10 Dr Charles Shepherd referred to the proposal to have teachers in schools specially trained in mental health. He had some concerns about how these teachers would be trained. He pointed out that ME/CFS is the commonest cause of long-term sick absence in schoolchildren, and this can lead to inappropriate child care proceedings. Was there a danger that the specially trained teachers would see these children as having a mental health problem? Ms Pugh explained this was a matter for the Department for Education. She suggested we speak to someone from that Department. Ms Pugh urged members of Forward-ME to respond to the consultation soon as the consultation period ends in March, so we should arrange something soon. The Chairman said Forward-ME should have a meeting about this soon. She would also take part in the debate on this subject which was coming up.

3.11 The Chairman thanked Ms Pugh for her very full coverage of this subject

The minutes were agreed to be a true record. There were no matters arising.

Dr Charles Shepherd said we were continuing to make good progress with Prof Mark Baker and his team. He had been in regular e-mail contact with them and would be having a meeting with them on the coming Thursday. We should all have received an invitation to the Workshop on 16th January. It appeared that choosing the chairman for the review would take quite some time. The Chairman proposed a meeting on this subject on 10th January. This was agreed.

Dr Charles Shepherd said the researchers studying Rituximab as a treatment for some ME patients were not able to replicate their previous positive results results. In his words the research had “hit the buffers” and he could not see a UK trial going ahead.

7 DWP There was nothing new to report.

8 NHS Plus – Occupational Aspects of Management of CFS; a National Guideline 2006. It was agreed we would not look into this subject at this stage. We should wait until NICE reports.

The Chairman announced she had had a meeting with the Commissioner recently. They had no idea about children with ME, so she had asked Jane Colby and Tymes Trust to prepare a briefing for the Commissioner. Additionally, the Chairman would take part in the upcoming debate. Clare Ogden said she would send the Chairman some information on the subject. (Unfortunately snow stopped her.)

Dr Charles Shepherd said a number of people had spoken to him about the film “Unrest”. It had undoubtedly raised awareness. Would an adjournment debate be appropriate? The Chairman said that this was a matter for the House of Commons.

The Chairman thanked all members.