When Forward-ME met with Dr Diane O’Leary from the Kennedy Institute of Ethics, Washington D.C., it was with the NICE guideline very much in mind. 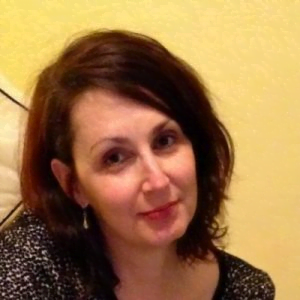 Readers will recall that when we sent the petition to Sir Andrew Dillon – chief executive of NICE – demonstrating the widespread disgust at the recommendation to take ‘no action’ with regard to the current guideline on ME/CFS, a great many stakeholders also submitted comments, and this included Forward-ME.

Dr O’Leary’s concerns about the ethics behind this decision and in general regarding the current content of the guideline, were made clear in  Forward-ME’s submission.

But they are more clearly expressed perhaps in the minutes from the meeting that contributed to the submission, which are reproduced below.

Prof O’Leary said that, in the light of NICE’s decision not to review its Guidance on ME/CFS, she and the Chairman had drawn up a paper on the ethical implications of that decision. That paper “An Ethical Path Forward…..” had been tabled. She went on to explain the different parts of the paper.

Prof O’Leary went on to say that ME advocacy was the most focussed advocacy she knew of, and she noted that Forward-ME was at the forefront of that advocacy.

She asserted that people with ME have a right to medical care. There was debate about whether ME was a biological illness. It would be difficult for advocacy to win that battle because their opponents would argue that hasn’t been proved.

But that did not matter; the ethical principle is that if it is possible the patient has a biomedical illness then she or he is entitled to biomedical treatment.

“An Ethical Path Forward….” starts by asking whether significant evidence has come to light since 2007 (when the NICE Guideline was published) to warrant revision of the Guideline. Prof O’Leary argues that it has.

In 2015, following extensive review of biological and psychiatric research, the US Institute of Medicine concluded that the long standing consensus about the etiology and management of ME/CFS had been mistaken. That opinion had now been embraced by a whole range of US governmental medical authorities. Whether NICE agree or not, she said, they must revise the Guideline to show that the debate is changing.

Prof O’Leary referred to what she called “The Middle Way”. She explained that in 2007 a doctor would say to a patient “CBT or GET are best for you” because that was the consensus.

In 2017 that is no longer the position – therefore the Guideline as it stands is unethical.

It violates two central ethical precepts – first of all both NICE and the NHS have an obligation to protect every patient’s right to health. They should acknowledge it is possible that every ME/CFS sufferer in the UK has a biological condition that requires biomedical care, and to deny them that is unethical. The NICE Guideline must be changed, she claimed, to ensure ME patients are not denied biomedical care.

The second ethical precept, Prof O’Leary said, is the principle of informed consent. She maintains this means it is unethical to withhold information about the nature of ME and the need for medical care which is currently being debated by experts worldwide. In this context she asserted that “informed patients do better” and that “no decision about me without me” is a great principle

The full minutes can be read, here.

Forward-ME is a collaboration of ME/CFS charity and voluntary organisation representatives and is chaired by the Countess of Mar. It exists to improve recognition, understanding, research, management, support and information for everyone whose life is affected by ME and CFS.