Over the next week or so we will provide a series of blogs that combine to produce a useful guide to symptom management. When the series is complete, we’ll include an index so that you can gain quick access to the most relevant blog, and the complete guide is now reflected in an updated leaflet available from our online shop.

The medical information contained in these blogs is not intended to be a substitute for medical advice or treatment from your own doctor. We recommend that you should always consult your doctor or dentist about any specific medical problem or approach to treatment. And we suggest that any medical information provided by the ME Association is, where appropriate, shown to and discussed with your own doctor or dentist at the next available opportunity.

Introduction
With no effective drug treatment for the underlying cause of ME/CFS currently available, the medical management of this illness is very much aimed at trying to relieve the various disabling symptoms. This can involve the use of drugs, self-help strategies, alternative and complementary therapies (ACMs) – and sometimes a combination of all three. 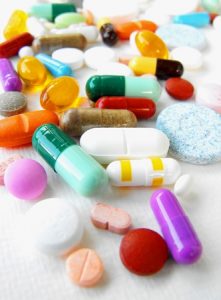 The purpose of this guide is to provide an overview of how these three approaches can be used to help manage some of the most common symptoms. It will also include some symptoms that are not already covered in our symptom-specific leaflets.

When it comes to the use of prescription-only drugs, people with ME/CFS are often very sensitive to certain types of medication – especially those that act on chemical transmitter systems in the brain. So it’s often sensible to start with a low dose and gradually increase this over a period of time. If one drug isn’t helping after a reasonable trial period, it may be worth trying a similar type of medication before concluding that this approach isn’t going to help.

ME/CFS can involve a wide variety of symptoms. When a new symptom develops, don’t assume that it’s ‘just another part of the illness’ – check with your doctor as there may be another explanation. The same advice applies when an existing symptom is obviously getting worse for no obvious reason.

The 2017 edition of ‘ME/CFS An Exploration of the Key Clinical Issues’ remains our preeminent guide to all aspects of this disease including symptom management, and we are happy to send a free copy to your nominated GP or consultant.

A further source of useful information on symptom relief can be found in the 2010 ME Association ‘Managing My M.E’ report which contains feedback from over 4,000 people on treatments that were found useful, and those that were not.

Various explanations have been put forward as to why cognitive dysfunction occurs in ME/CFS. These include changes in the level of chemical transmitters that help to pass messages around the brain and alterations in blood flow to key parts of the brain. Symptoms such as sleep disturbance and depression, where these occur, will also have a significant adverse effect on normal mental functioning.

The good news is that cognitive dysfunction can improve over time and it doesn’t seem to be caused by permanent damage to brain cells. One simple way of to trying to understand what may be going wrong is to compare the brain in ME/CFS to a computer that has circuits that misbehave and don’t function properly at times.

Unfortunately, none of the drugs that affect chemical transmitters or increase blood flow to the brain, which are sometimes prescribed for other conditions where there are significant problems with normal mental functioning, appear to be of any value in ME/CFS.

One possible exception is the use of antidepressants – which may help where a depressive component is clearly contributing to problems with memory and concentration. There is also a fatty acid supplement known as eicosapentaenoic acid (EPA) where some positive findings have been reported from a very small preliminary study in ME/CFS.

Reference: The use of eicosapentaenoic acid in the treatment of chronic fatigue syndrome. Prostaglandins, Leukotrines and Essential Fatty Acids, 2004, 70, 399 – 401).

Claims have been made that the herbal remedy ginkgo biloba may improve memory in people with dementia. However, there’s no hard evidence that it helps memory problems in ME/CFS.

Consequently, managing this key aspect of ME/CFS is largely down to self-help strategies and applying the principles of good energy management/pacing to mental and emotional activities as well as to physical activities.

If cognitive problems are really disabling, it may be worth asking for a referral to a psychologist interested in this type of problem. And if cognitive dysfunction is getting worse for no apparent reason you need to see your GP – who can check to make sure that there isn’t another medical explanation that could even be treatable.

One possible explanation for poor temperature control is malfunction of a small thermostat-like gland in the brain called the hypothalamus. In the case of cold hands and feet, a part of the nervous system that controls the size of tiny blood vessels (the autonomic nervous system) also becomes super-sensitive to changes in temperature and causes over-constriction when the temperature falls.

There are a number simple self-help measures that can help here, such as warming pads and the use of thermal clothing. If symptoms become more persistent or unpleasant, check with your doctor because there are a number of drug treatments that help to open up the tiny vessels which may be worth trying.

Depression
It’s not always easy for a person with ME/CFS to realise and accept that they are moving from a very understandable state of being frustrated and fed up with this illness into what doctors would recognise as true clinical depression.

Symptoms that would point to clinical depression include loss of appetite and weight, loss of interest in everyday activities (= anhedonia), early morning wakening, feelings of low self-esteem and worthlessness, being tearful or having suicidal thoughts/intentions. The latter should always be taken very seriously and normally indicates the need for professional help.

Depression, where it coexists, needs treating and this means seeing your doctor. For mild to moderate depression, the options are counselling, cognitive behaviour therapy and antidepressant drugs.

Whilst there is some limited evidence that a herbal remedy called St John’s Wort can be of benefit in mild depression, this is no longer recommended by doctors as it can cause side-effects and interacts with a number of drugs.

There’s no ideal choice of antidepressant drug in ME/CFS – this will depend on your existing symptoms (because drug side-effects can be very similar to ME/CFS symptoms), the severity of depression you have and whether there is any associated anxiety.

Whatever drug is prescribed, it’s often better (where possible) to start at a low dose and gradually increase this over a period of weeks. This is because people with ME/CFS are often very sensitive to drugs that act on the brain chemical transmitters that are involved in depression.

Current thinking is that antidepressant therapy should normally be maintained for a period of time once the depression has cleared.

Dizziness and problems with balance
Balance problems, which are often described as feelings of unsteadiness (‘walking on rubber’) or being dizzy, rather than actual spinning round or vertigo, are a very common symptom in ME/CFS. They can sometimes be confirmed on a physical examination with tests that are designed to assess balance (a Romberg test) and the Fukuda test for vestibular function (the vestibular apparatus within the ear helps to control balance).

They can also be caused by what is called autonomic nervous dysfunction, a part of the nervous system which affects pulse and blood pressure control, especially when sudden unsteadiness occurs when changing posture from lying to standing.

There are several drugs available – including cinnarizine/ Stugeron – that can sometimes help to relieve dizziness. However, they seem to be of very limited value in ME/CFS. Special exercises, known as Cawthorne-Cooksey exercises, have been designed for people suffering from certain types of dizziness and balance problems which may be worth trying in some cases.

If a balance problem is more severe or progressive, or is affecting your mobility, referral to an ear, nose and throat (ENT) specialist could be discussed with your GP.

Eye problems
These can include problems with focusing – especially when tired, vision and reading fatigue,and intolerance of bright lights – known as photophobia. Dry eyes are also sometimes reported. If this is the case, speak to your doctor about the regular use of eye drops called artificial tears. With dry eyes you will also need to be checked for Sjögren’s syndrome – an autoimmune rheumatic illness that can cause disabling fatigue, joint pains, a dry mouth and dry eyes.

There is no evidence that ME/CFS is linked to any form of serious eye disease. However, if you are concerned about any form of eye symptom, do have it checked with either your doctor or an optician.

Opticians can also  advise on glasses and other ways of dealing with photophobia. If there are any doubts about the cause of an eye symptom you can be referred to a hospital eye clinic/ophthalmologist for further assessment.

Fatigue
Exercise-induced fatigue and post-exertional malaise/symptom exacerbation are the cardinal symptoms of this illness. The cause of fatigue in ME/CFS remains uncertain and probably involves complex factors affecting both the brain and muscle.

Unfortunately, we don’t yet have any drug treatment that has been shown to be effective in reducing fatigue levels, although a number of possible approaches are now being assessed.

Some people believe that supplements which are claimed to increase muscle energy performance, such as carnitine, NADH/Enada and Co-enzyme Q10 are helpful. They may be worth a try if you can afford the expense.

Co-enzyme Q10 is known as a coenzyme because it helps other enzymes in the body to carry out their normal functions. In relation to muscle fatigue, it is involved in energy producing chemical pathways inside the mitochondria  – parts of the cell where energy in the form of a chemical called ATP is produced. It also has antioxidant activity. So there are clearly some theoretical reasons why CoQ10 might be helpful in ME/CFS.

However, despite all the claims being made for CoQ10, there is very little scientific evidence linking deficiency with disease. Neither is there much evidence of benefit in diseases where it is sometimes recommended such as heart failure, mitochondrial muscle diseases, and Parkinson’s disease (where decreased levels have been found in the spinal fluid). The same situation currently applies to ME/CFS.

The most important way of dealing with fatigue is taking the right approach to all aspects of energy management – in other words striking the right balance between activity and rest.

The ME Association Guide to ME/CFS Symptom Management Part Two can be found, here.