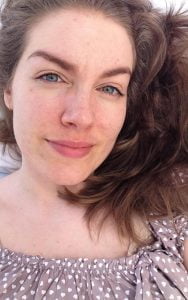 On hearing the news that Chronic Fatigue Syndrome (CFS) is finally being recognised by doctors as a ‘real’ illness, my first desire was to run around shouting ‘I told you so!’ at the top of my voice. Having suffered with CFS (also known as Myalgic Encephalomyelitis (or ME)) for four years, I was obviously too sick to do that, but I did allow myself a tiny, non-tiring fist pump at the fact there is now some acknowledgement that this sickness is more than just ‘yuppie flu.’ Researchers found that those with the syndrome, which causes extreme tiredness that isn’t allayed by rest, had a specific chemical signature in their blood – similar to that of hibernating animals.

That comparison made me laugh, because my CFS certainly makes me feel like a bear with a sore head. What’s less amusing is that, for the most part, simply surviving and existing forms the majority of my life.

The new research also gave me a huge feeling of relief. Finally, I thought to myself, we might be believed and people might start to understand us more. It’s so, so tiring constantly having to try and explain or prove to people that what we have is a real, physical disease, yet being told that it’s all in your head.

Because despite evidence to suggest otherwise, you’re always fearful that people aren’t going to believe you’re ill. If you’ve ever been on the receiving end of the stigma CFS comes with, you never, ever forget it.

I had been working as a freelance illustrator as well as part-time in retail to support study for my Master’s degree when I got sick, and my working hours averaged around 75 hours a week. It rankles when people suggest CFS isn’t a real illness, and that those who suffer from it are just malingerers or attention seekers, because I know very well that’s not true. I worked so hard for my life, I loved it, and it got taken away from me. My life now? It’s not what those doubters would think.

I’m 29 and I live with my retired parents, who are my carers. For the last two years, I’ve been completely housebound. I can’t work, watch TV, or listen to the radio, and I’m only able to see one of my friends once a month, for around half an hour. I get pains, and brain fog, and so many other symptoms, along with the constant, relentless exhaustion. Two thirds of my day is spent resting in silence, focusing on my breathing, and relaxing my muscles as much as possible, so that I can function for the other third. Hibernation is a pretty apt term.

Every little pleasure and activity I’ve managed to fit into my routine I have fought tooth and nail for by using this resting regime, eating well (thanks to my parents, who prepare all my food), and waiting, little by little, for my energy levels to improve.

I tried therapy, and putting ‘mind over matter’, but not treating my CFS as a physical illness is what ultimately led me to become housebound, and it’s only through treating it as such that I’ve seen any improvement at all.

Every tiny activity has consequences now – even writing this – but over time I’ve come to terms with that, and found ways to be involved in the world without being physically present. I write a blog to keep my friends updated and give advice to fellow sufferers and their families, and I even made a tiny version of myself in doll form to go to events like weddings and birthdays in my stead.

It’s a difficult life, but I’m still fighting, and it’s always fantastic when any evidence is uncovered to support the physical effects of CFS. For now, being able to say ‘I told you so’ is one of the few small pleasures I have.

The main symptom of CFS is persistent physical and mental fatigue (exhaustion). This does not go away with sleep or rest and limits your usual activities.

Most people with CFS describe this fatigue as overwhelming, and a different type of tiredness from what they have experienced before.