From The Guardian ‘Comment is free’ section, 27 September 2016. Words by Nathalie Wright (pictured). 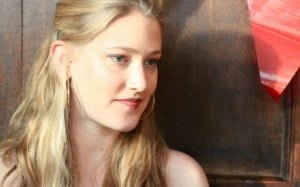 Today friends and families of people with myalgic encephalopathy (ME) are taking to the streets of cities around the world to call for more funding for medical research and education about ME. I am joining them at the London demonstration of the Millions Missing campaign, outside the Department of Health.

Many ME patients are too ill to take part the global day of action, so instead they will leave pairs of shoes in public places as a visual symbol of the millions of lives gone unlived, jobs undone, relationships never formed by people with the disease.

I became suddenly ill with ME during my last year of university. It meant I was in constant pain and completely unable to function, struggling to leave my bed once a day to use the toilet. In my 20s, I faced a life in which I was unable to work, or even walk to the other side of the street. But a quarter of the 250,000 people with ME in the UK have more severe symptoms. Some of them are bedridden, for decades, unable to tolerate light or to touch, chew, swallow or talk.

Most people – including many doctors – think ME is just extreme tiredness. Also known as chronic fatigue syndrome, ME can have multiple symptoms, ranging from severe muscle pain to digestive, sleep and autonomic problems. A landmark report in 2015 by the American Institute of Medicine defines ME as “an acquired, chronic multi-systemic disease biological in nature” symptoms of which include “immune, neurological and cognitive impairment”. Yet patients are still being dismissed and disbelieved. In the UK, a survey carried out by the ME Association earlier this year found that 46% of patients thought the care provided by their GP was “poor” or “dreadful”. And 18% have no contact with their GPs, often because they have found their doctors have nothing to offer them, or worse – added to their suffering by not taking them seriously.

ME affects four times as many women as men, which I believe has greatly affected how the disease is thought about. Two psychiatrists in the 1970s even tried to rename ME as Encephalomyletis Nervosa. Because it mainly affected women, they thought it must be a kind of hysteria. This attitude towards mainly female patients is still present. Sexism is part of the reason why diagnosis remains poor and prospects of treatment years away. I waited a year to see a specialist – only to be told by him that my ME was probably the result of being stressed by the “posh boys” at Oxford. That was the sum total of my treatment, and I was turned away after requesting further care at a different hospital.

GPs continue to treat many people with ME as though it were a mental illness, referring patients for cognitive behaviour therapy and exercise. But being pushed to do more physically can make many people with ME worse, and lead to relapses that last for decades. Graded exercise and CBT came to be the standard treatments for patients on the NHS as a result of a hugely controversial £5m trial – known as the Pace trial – which in 2011 claimed that the two treatments could lead to “recovery”. Pace has been internationally condemned, with 42 scientists signing an open letter earlier this year to the editor of The Lancet, stating that the study was “fraught with indefensible methodological problems”. A recent re-analysis of data from the study has shown that graded exercise and CBT did not lead to recovery in patients.

Problems with a lack of adequate medical care are compounded by ME patients being failed by the government in other areas. Despite the fact that 85% of people with ME are too ill to work, many struggle to get any benefits. And only 6% of patients are awarded a care package, despite 97% experiencing two or more difficulties with daily living activities.

While the UK spends very little money on medical research into ME, there have been some hopeful steps forward in the US, with the National Institute of Health announcing new funding last year. What this will amount to remains to be seen.

Breakthroughs are happening. Researchers at the University of California, San Diego, recently published a paper that analysed blood molecules – known as metabolites – in healthy people and people with ME. They found a clear pattern of abnormalities, or a chemical signature in the patients with ME which could be used in future to diagnose patients. Currently there is no single test that can diagnose the condition and it is partly due to this that there is so much controversy.

ME patients have been treated with disdain for too long; the institutions that should be there to help and represent us have all too often dismissed our intense physical suffering as hypochondria or hysteria. Yet throughout it all, people with ME have never given up; many have worked (from their beds), exposing bad science and campaigning for their rights. The Millions Missing campaign is calling for the US government to increase funding from $7m to $250m a year. In London, we too are asking for more funding – and better healthcare for the thousands across the UK who are desperately ill.