Whistleblower says her job was box ticking, sanctioning sick people who had little chance of employment, and she wasn’t able to treat clients as human beings

From The Guardian, 5 November 2014 (Words by Melissa Viney).

A scandalous picture of suffering, trauma and destitution is painted by a former Work Programme adviser who was tasked with getting claimants off the employment and support allowance (ESA) sickness benefit.

Speaking to the press for the first time since she quit the job last year, Anna Shaw (not her real name) says: “Some of my clients were homeless, and very many of them had had their money stopped and were literally starving and extremely stressed. Many had extreme mental health conditions, including paranoid schizophrenia, psychosis, bipolar disorder and autism. One guy [diagnosed paranoid schizophrenic and homeless] came to see me for the first appointment and mentioned that he had not eaten for five days. I offered him my lunch, thinking he would refuse it out of pride, and he fell upon it like a wild animal. I’ve not seen a human being eat like that before.”

Shaw can only speak out anonymously, because when she resigned, after just a few months in the job, her employer made her sign a confidentiality clause. She believed that the majority of her ESA caseload of about 100 clients were not well enough to have been on the government’s welfare-to-work Work Programme, but should instead have been signposted to charities that could support them with their multiple problems. “Almost every day one of my clients mentioned feelings of suicide to me,” she says. Shaw says she received no training in working with people with mental health issues or physical disabilities.

Under the government’s welfare reforms, Shaw’s clients would have completed a controversial test, called the work capability assessment (WCA), currently conducted by contractor Atos, and been placed in the work-related activity group (WRAG) of ESA because they were judged capable of working, albeit with appropriate support. Shaw’s employer was subcontracted by one of the 18 “prime providers” the government pays to implement its Work Programme to get jobless people into employment. However, Shaw says she was never given a copy of her clients’ WCA, which details their health conditions, so it was difficult to provide the support they needed.

Shaw thinks many of her ESA claimants wanted to work, but the “fundamental issues” – their physical and mental disabilities, often coupled with situations such as homelessness or domestic abuse – were not dealt with. “Every person who came in needed specialist help on a whole range of things, and to be supported, not under imminent threat of losing their benefit the whole time.”

She believes many of her clients had been wrongly assessed as fit to work. “I had a woman with multiple sclerosis who had been domestically abused and was suffering from very severe depression and anxiety, and she had a degenerative condition and she was deemed fit for work,” she says. “I gave people advice under the radar about how to appeal … but it was absolutely not in our remit to encourage people to appeal.”

The most recent government figures (to June 2014) show that only 2% of longer-term ESA claimants find sustained employment. Independent research by the Centre for Economic and Social Inclusion has found that disabled people are about half as likely to find employment as non-disabled people. Last week, a report suggested that officials were considering cutting ESA, which is paid to around 2 million people, by as much as £30 a week as the chancellor, George Osborne, seeks a £12bn cut in the welfare bill.

Shaw says she was expected to enrol claimants on back-to-work courses. “It was very much ticking boxes. My managers were just obsessed with compliance with the Department for Work and Pensions (DWP). We would be penalised as an organisation if we didn’t sanction people who failed to show up… but with ESA they realised there was very little chance of getting these people into work. They were kind of parked.”

In the past year, sanctions for ESA claimants who fail to turn up for interviews with their job adviser have increased more than sevenfold. In each case, claimants lost at least one week of their benefit money, even if they said they were too ill to get to an appointment. “One minute we had to sanction and the next minute we were told absolutely not to sanction,” says Shaw. “I think this was in response to [hostile coverage to sanctions in] the press… so the advice was given that we weren’t sanctioning them but we weren’t to let them know we weren’t sanctioning them… so they would come for appointments.”

According to one of Shaw’s former colleagues who is still working for the organisation, sanctioning has intensified. “She said: ‘It’s got a lot worse since you left and now we’re having to sanction all the ESA claimants if they don’t turn up for appointments,’” says Shaw.

Two months ago, the work and pensions secretary, Iain Duncan Smith, stated that the WP “revolutionises the way we provide support to those who are the hardest to help, supporting a move from dependency to independence and getting people into work so that they have financial security for the future”. But Shaw’s revelations contradict the ministerial architect of welfare reform.

She says: “I felt that my job was really a non-job and as long as I ticked the boxes, they didn’t really care what I did with them… but they missed the point that these were actually human beings that I was coming into contact with, and going home every night wondering if these people were still alive.”

Shaw’s claims are backed up by a recent report, Fulfilling Potential, compiled by a WP client, Catherine Hale (pictured, right), with support from Mind and the Centre for Welfare Reform. Of the 500 people on ESA who responded to an online survey, 82% said their WP provider made no effort to adapt jobs on offer or make it easier for them to work. Only 7% said their adviser had a copy of their WCA.

A spokesman for the DWP says Work Programme providers “have the freedom to design any work-related activity so it is appropriate to the person’s condition”, and the DWP “offers more money to providers for helping the hardest-to-help groups into work, such as people on ESA”.

But there is no breakdown of how much of the £1.37bn WP expenditure from June 2011 to 31 March 2014 was spent on helping ESA claimants. He insists that sanctions are “used only as a last resort” and “about 99% of ESA claimants don’t get a sanction”. He adds that the DWP is looking at how to share information about clients’ medical conditions with WP advisers.

A WORK PROGRAMME CLIENT
Framed as a worthless, feckless good-for-nothing 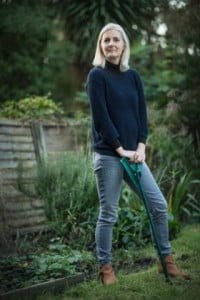 In December 2012, Catherine Hale, 44, who has suffered for many years from severe ME was placed in the work-related activity group of ESA and referred to a jobcentre. “I brought a copy of the report from my work capability assessment (WCA)… it explains what my problems are and she [the jobcentre adviser] said ‘Oh, I can’t look at that dear, I’m not even qualified to put on a sticky plaster’. She just didn’t want to know.”

Six months later the referral letters started to arrive inviting Hale to attend an interview at a Work Programme (WP) provider to discuss what employment may be suitable for her.

“Each letter came with a threat attached that if you do not turn up your benefit will be affected”, says Hale. “The first time I was supposed to go I was really poorly and could barely get out of bed. I was aware I had to phone them up. They were all really rude and didn’t pass on your messages. There was no compassionate human being in the system at all. I had a kind of breakdown from the anxiety. There was something about being framed as a worthless, feckless, good-for-nothing that left me feeling persecuted and empty of self-belief.”

Hale says she got a letter from Seetec, the WP provider, saying that the centre she had to attend for her interviews had moved to Woolwich [south London]. “I looked it up and it involved taking two trains and walking almost a mile. I advised them my WCA said I can’t walk more than 200 metres and requested adjustments. I never got any reply to that letter or any other letter I’ve ever written to Seetec,” she says. “Then I started getting letters mandating me to four-hour workshops three days a week for four weeks in a row. My WCA report says I can’t sit for more than an hour without pain or discomfort so I wrote and pointed this out.”

According to Hale, Seetec reported her to the DWP for failure to attend on five occasions. “Each time they report you the DWP writes to you and gives you seven days to give a good reason for not attending which effectively is three days by the time the letter gets to you and you post it back. I’d point out that my disability is not in dispute because they’ve got my WCA report. I’d written requesting adjustments and hadn’t had any reply.”

In March, Hale says she was sanctioned but didn’t receive a letter to tell her. Her benefit was cut by £71.70 per week. Hale had telephone interviews with Seetec so she “recomplied’’ with the programme. The adviser should have alerted the DWP that she had re-engaged. Hale’s solicitor advised her she had a very strong case of discrimination under the Equality Act 2010 and would have a high chance of success in a county court, but this would probably come with a confidentiality clause. She chose instead to talk. In August, Hale was reassessed and put in the support group of ESA where she is not expected to work.

Seetec said: “We are aware of the issues raised and are working with the DWP to gain a clear understanding of Ms Mollona’s [Hale’s married name] experience.”