Dr Charles Shepherd reports on a meeting at the DWP on Thursday November 27 at which Dr Paul Litchfield gave a presentation on the fifth and final independent review of the Work Capability Assessment (WCA).

The meeting was opened by Mark Harper MP, Minister for Disabled People, who introduced Dr Litchfield and then explained that there would be a government response to the review before the end of this parliament.

It was also noted that the government’s response to the Select Committee on Work and Pensions report on the WCA was being published on the same day.

More detailed information on both documents can be found at the end of this summary.

I would also draw attention to the latest quarterly statistics on ESA produced by the DWP:

In particular, the most striking change that has been taking place between 2008 and 2013 (provisional figures) is in the numbers of people being found:

So there has clearly been some effect as a result of the changes that have been made and the work that both Dr Litchfield and the Fluctuating Conditions Group and Mental Health Groups have been doing – especially the emphasis on the need for claimants to be able to do descriptor tasks reliably, repeatedly, safely and in a timely manner. Anecdotal feedback to The MEA also indicates that there ARE more people being placed in the support group and that less people are having to go to appeal.

But many people with ME/CFS, who have a genuine claim to this benefit, are still having to go to appeal in order to obtain ESA.

The MEA will be producing a more detailed response to the fifth independent review when I have had time to properly read through the 105-page document.

In the meantime, I would like to thank both Professor Malcolm Harrington and Dr Paul Litchfield for the work they have done in trying to make the whole assessment process more fair and effective, and for the way they have consulted with charities representing patient groups as a key part of their reviews.

However, The MEA still believes that the overall assessment process in relation to fitness to work and eligibility for financial support when people are not fit for work, or only fit for limited work and require a range of practical and financial support, is not satisfactory and needs fundamental reform.

So it was encouraging to learn that Dr Litchfield believes that it is inevitable that a new assessment will have to be designed at some point in the future.

Key points to emerge from Dr Litchfield’s presentation and the Question and answer Session that followed:

• This is the fifth and final review.

• There are no plans to carry on with this process and, according to Mark Harper, scrutiny of the final review will now have to rest with parliament and the Select Committee on Work and Pensions.

• There have been significant changes to the WCA since it was introduced in 2008.

• The process has to be perceived to be fair – this underpins much of the work that has been done in the independent reviews.

• Over 50% of people claiming WCA have a mental health problem as a primary condition. The figure is even higher when it includes people with other conditions who have a co-morbid mental health condition.

• Two of the high priority areas this year have been people with mental health and learning difficulties.

• A period of stability is now required. Dr Litchfield felt that we have gone as far as we could in making minor adjustments to the WCA.

• Very slow progress is being made in relation to his recommendation that people should see what is being written about them during an assessment.

• Analysis of social media coverage of ESA was very negative, apart from public reaction to the removal of the medical assessment contract from Atos!

• Better communication with employment providers: Dr Litchfield had been to Cardiff to visit a work provider.

• Overall, a useful piece of work done in the ‘real world’ – which means that the science may not have been perfect.

• No significant case for replacing the current descriptors with those in the alternative assessment that were produced by the fluctuating conditions and mental health groups.

• Need to progress with the semi-structured interview, which was well received by all.

• CS asked about Maximus – the American company that has been awarded the new contract to carry out medical assessments and will take over this work from Atos – and whether Dr Litchfield has met with representatives from Maximus to go through key conclusions and recommendations from the independent reviews. CS felt this was essential.

• Dr Litchfield replied that had not met with Maximus but was happy to do so if they wanted to meet with him.

* Pilot programme re sharing of information between PIP and WCA applications involving 30,000 people is in progress.

• One of his high priority areas this year.

• 1.4 million adults have some form of learning difficulty.

• The vast majority are not in employment.

• This is a very vulnerable group that requires special attention.

• DWP must consider the use of ‘easy read’ when dealing with this group.

• Difficulties relating to face to face interviews with this group which he has identified: there can be a tendency for people with learning difficulties to please the assessor and overestimate their capabilities.

• Health assessors need additional training and education in relation to this group.

• Has significantly reduced the number of appeals.

• Surprised that this initiative has not been better received.

• The locations where mandatory reconsiderations take place often bear no relation to people live.  This gives the impression of a remote bureaucratic process taking place.  Action is required.

• Only been in place for past 12 months.

* Three groups where it is very difficult to obtain medical information from a GP are: (a) people leaving the Armed Forces, (b) people receiving extended care in hospital, (c) people leaving prison.

* CS raised the issue of form ESA113 – which is used to obtain more information from a GP. This is a contractual requirement on GPs but is not fee-paying. Dr Litchfield noted that the form was badly designed and not available as an e-form in the fourth review. Discussions with the BMA are continuing on ways to improve the form. Dr John Canning from the BMA also took part in this discussion and we briefly met with the Minister afterwards.

* The Minister was concerned about the role of GPs in providing medical information. He viewed GPs as being advocates for their patients and did not want to see them expressing opinions on fitness for work and being part of the decision making process.

* The other priority area in this review – which the Minister endorsed.

* Lord Freud is looking at a pilot programme that is aimed at providing support into/at work for people with mental health problems.

• DWP is extending the time intervals for post appeal reviews to a minimum of 8 months.

• It is not right for people to win at appeal and then find that they are going to be re-assessed for eligibility for ESA shortly after the appeal decision has been made.

• Particular concern relating to the numbers of 16–24 year olds, often with mental health conditions, going into the support group and the way this could be disadvantaging a whole cohort of young people.

• Re-referral rates are currently too high.

* Separate legislation and NI Welfare Reform Bill not yet completed.

* Need to make increased use of audio recording equipment during interviews.

* At the Request of the Minister, Dr Litchfield has been looking at what happens in other countries: Australia, New Zealand, Netherlands and Denmark

* He has been comparing and contrasting their systems with the UK.

* More information on the approach in each country is in the report.

* Inevitable that a new assessment will have to be designed at some point in the future.

* Should this be based on an assessment of incapacity or adjustments that need to be made? 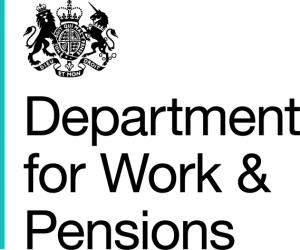 The Fifth Independent Review of the Work Capability Assessment (WCA), carried out by Dr Paul Litchfield, has been published today, Thursday 27 November 2014.

DWP will carefully consider all the recommendations in this, the last of five Statutory Independent Reviews of the WCA.The Government’s response to Dr Litchfield’s report will be published during this Parliament.

Mark Harper, Minister of State for Disabled People, has issued a written ministerial statement to announce the publication of this review.

DWP would like to thank Dr Litchfield for undertaking this review and his role in progressing improvements.

The report is available HERE.

Following its inquiry into Employment and Support Allowance (ESA) and Work Capability Assessment (WCA) the Work and Pension Select Committee (WPSC) presented its report on 23 July 2014.

Mark Harper, Minister of State for Disabled People, has issued a written ministerial statement to announce the government’s response to the WPSC report on ESA and WCA.

The response covers each of the recommendations in turn and announces a package of a package of measures to increase health and employment support for ESA claimants.

The Government’s response to the WPSC report is available HERE