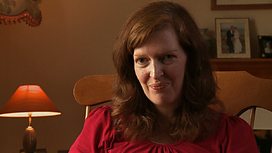 BBC Alba, the Scottish TV station that broadcasts in Gaelic with English subtitles (and vice-versa when they’re talking in English), will be treating viewers to a re-run of their major programme on ME, starting this Monday (January 6).

The station will present a two-part programme, each lasting about an hour, called ‘ME: An Sgìths Nimheil /ME: The Toxic Tiredness’. The programme was first shown in January 2012.

The first part will appear in their ‘Trusadh’ / ‘Gathering for Success’ series, starting at 9pm on Monday and 10pm the following night (Tuesday). It can be watched on Sky Channel 143, Freeview/ You View 8(Scotland only), Virgin Media 161, Freesat 110, BT Vision 8 (Scotland only), or via the BBC Alba website.

The second part will be shown the following Monday and Tuesday, at the same times.

Among those appearing in the programme will be MEA medical adviser Dr Charles Shepherd, MEA patron Professor Peter Behan (one of the first Scottish neurologists to take a close interest in the illness) and Dr David Mickel, who has developed his own programme to help patients. A host of patients are also filmed talking about the impact that ME has on their own lives.

Over 250,000 people in the UK are estimated to suffer from ME. Scientific opinion is sharply divided over the cause of the disease, the symptoms by which it should be diagnosed, the treatment methods which should be used and even – most disturbingly for sufferers – whether it is a ‘real’ physical affliction or a psychological ‘false illness belief’. One thing is certain: it wrecks lives and in the absence of definitive research sufferers must live their lives in a frustrating limbo.

In the first of a two-part Trusadh special on the illness, we hear the stories of five ME sufferers, their descent into illness and their quest for treatment.