MOMENTS FROM THE BRINK… Family and crew gather round as Jim Sahlsberg prepares to bungee almost 160ft to the ground and back again at Bray Lane Water Sports Centre, Maidenhead, Berkshire, on August Bank Holiday Sunday.

Jim, from Godalming in Surrey, had booked himself to raise money for the ME Association after he had been touched by the plight of one of his best friends Amy, who has gone down with severe ME.

“Bungee jumping is a fitting tribute because the courage it takes represents the courage Amy has to muster up to get through her daily life”, he wrote on his fundraising page.

And, breaking the news that so far he has raised over £1,000 without yet scooping up all his sponsor pledges, he told our fundraiser Elaine Newman:

“It wasn’t the most graceful jump because of my right hand suddenly developing a life of its own and grabbing the railing – resulting in a twisted, foot first start. I didn’t even realize I grabbed the rail until I saw the video footage as it happened so quickly. Just “3, 2, 1, bungee” and before I knew it I was plummeting to the ground.

“But it was the most awesome adrenaline rush in my life and I’d happily do it again.”

Jim, pictured centre in the bungee cage, is seen with – from the left – his dad, his Uncle Nick, Auntie Elaine, his mum and the bungee crew. 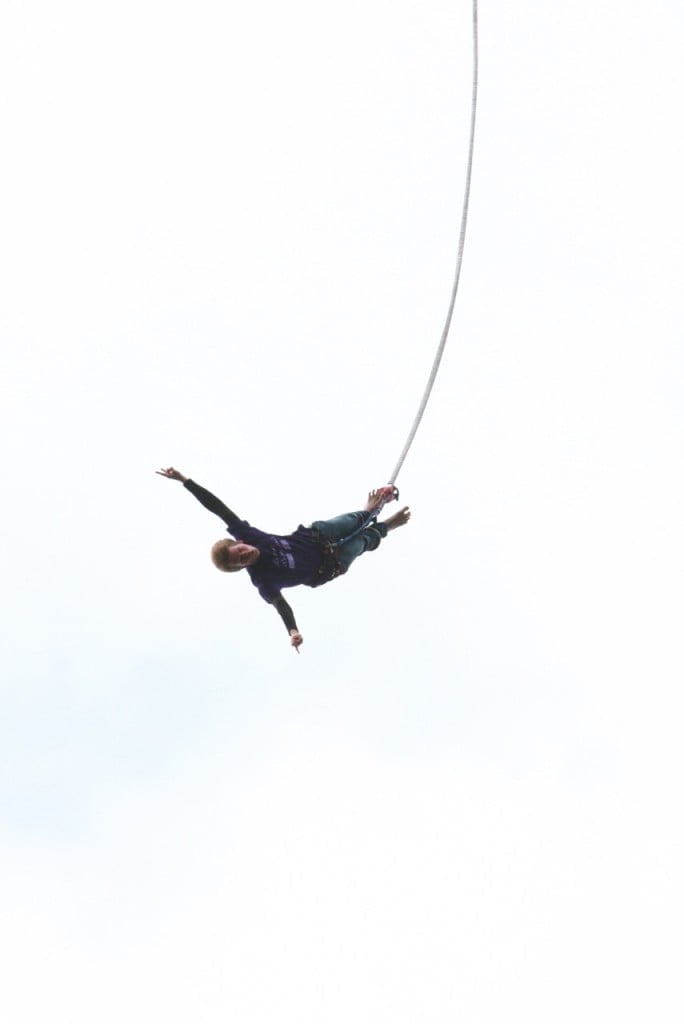