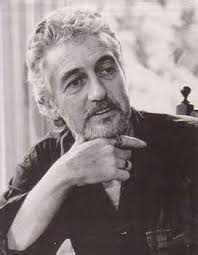 Tributes have been paid to writer and broadcaster Deric Longden, who wrote a best-selling book about his wife’s M.E., who has died at the age of 77.

It was described by actress and comedienne Maureen Lipman as, “A wonderful, rich, life-enhancing read.”

Born in Chesterfield in 1936, Deric married Diana Hill in 1957. They had two children, Sally and Nick. After various jobs, Deric took over a small lingerie factory, but began writing in the 1970s. He sold the factory when his wife became ill and started writing and broadcasting full time.

As well as many books, he wrote for programmes such as Woman’s Hour and Does He Take Sugar and was a scriptwriter for, among others, Les Dawson and The Two Ronnies.

Sonya Chowdhury, Chief Executive of Action for M.E. said, “Deric’s work and the joy and laughter he brought to so many, lives on as a tribute to him. His book had a huge impact in raising awareness about M.E. in an era when it was even more misunderstood than it is today.”

Deric was told that his cancer was terminal in November last year.

In a moving last interview with his local newspaper, The Huddersfield Examiner, he said, “I get very tired and I forget things, but I don’t think I have any ambitions left to achieve.

“I went to a secondary modern school, failed my 11 plus and my O-levels and worked in a colliery in Bolsover, but I have done all right really.

“I have won an Emmy and got into the Oxford Dictionary of Quotations for an exchange between Pete Postlethwaite and Thora Hird in (his television play) Lost For Words.

“Pete asks if she wants to be buried or cremated. And she replies: ‘I don’t know, love. Surprise me!”

There’s an interesting discussion about Deric on our Facebook. Please join in: www.facebook.com/pages/ME-Association/171411469583186