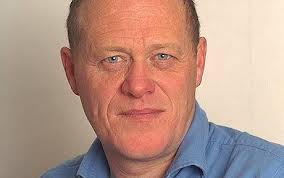 Dr Le Fanu is the Daily Telegraph’s doctor. These comments appeared in his ‘Doctor’s Diary’ on 20 May 2103.

The debilitating chronic fatigue syndrome/encephalomyeltis (CFS/ME) is prevalent in children and adolescents. This emerged from an investigation a couple of years ago into prolonged school absence (one fifth or more of the school term) in 500 pupils attending secondary schools in Bath, which identified 23 children with the condition.

This is the more surprising because its characteristics are so striking – starting with a flu-like viral illness, followed by muscle and joint pains, unrefreshing sleep, headaches and difficulty in concentration that can persist for years. Treatment remains unsatisfactory, as the organiser of the study, Dr Esther Crawley of Bristol University, concedes. The standard regime of graded exercises and cognitive behaviural therapy is only “moderately effective”.

Dr David Smith, who has treated 4,000 children with CFS/ME over the past 20 years, advocates a different approach, including a low dose of Fluoxetine to correct the disorder of brain function. He recently retired, and his comprehensive “Getting Better Regime” can be found on his website (www.me-cfs-treatment.com).

Paremts’ difficulty in obtaining treatment is explored in the film Voices from the Shadows, available as a DVD from www.voicesfromtheshadowsfilm.co.uk