Jo Cameron-Symes leads the Kirklees Independent ME (myalgic encephalopathy) Support Group and has spoken out after the Examiner revealed how Brockholes man Oliver Schofield’s bid to become self-employed and work round his condition was being hampered by unhelpful advice from the Jobcentre. 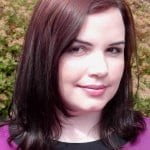 Jo says that struggles to work were the main issue which cropped up among adults with ME.

“Every person who comes to us about this issue wants to work,” Jo said.

“But one of the effects of ME is disturbed sleep patterns which fluctuate from one day to the next.

“Someone with ME can be fine one day but unable to get out of bed the next.

“We understand that in difficult times they need guarantees someone is going to turn up at work everyday.

“That’s why it’s important the Jobcentre understands ME and why people with it struggle to find employment.

“Self-employment is the only option, other than benefits, and advice and support needs to be given.”

Jo said that in Kirklees there were around 600 people living with ME, with a similar number in Calderdale.

She added: “Self-employment is the only way for people with ME to get back the control they’ve lost and work with the condition.

“We are trying to get our voices heard and for MPs to raise it in Parliament so something could be done.”

The problems stem from the government changes in eligibility for the Employment and Support Allowance (ESA) which means it ends after 12 months.

Claimants are told to apply for Job Seekers Allowance (JSA), despite people like Oliver being ruled medically unfit to work.

A scheme called the New Enterprise Allowance is designed to put unemployed people in touch with business mentors who provide guidance on setting up businesses and self-employment.

But Jobcentre staff have not allowed Oliver the chance to join the scheme, meaning his only option is to remain on JSA or have no money coming in.

Jo added: “The benefits system is not compatible with ME at all.

“I know some people have lost their jobs, homes and relationships have broken down due to ME.

“As a group we can provide support, we all know how people are feeling about the situation.

“The national ME charities are lobbying for us.

“And with greater numbers we hope it’ll make a positive difference,” she said.

MP Jason McCartney had a meeting with Oliver and the MP said he’d referred him to local businesses in his constituency who may be able to help him.

The MP added: “There are ongoing debates in Parliament about how best to support people with ME and I’ll take part in those.

“I thought the best thing to do locally is help individuals who approach me and put them in contact with businesses who may be able to help them in the meantime.”

The Kirklees Independent ME Support Group meet every couple of weeks and the next coffee morning is tomorrow at 2pm in the House of Fraser cafe.

For more details about the support group visit www.kimesg.co.uk