From The Guardian, 7 September 2011 (story by Amelia Gentleman)

No turning back on fit-to-work test

The system assessing disabled people will improve, says the man conducting its review 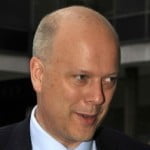 Professor Malcolm Harrington, who is responsible for overhauling the troubled disability benefit assessment process, is “staggered and shocked” at the estimated annual £50m cost of appeals against decisions. He warns that the number of appeals could rise further and admits that the standard of assessments throughout the country remains “patchy”.

Harrington is conducting an ongoing review of the much-criticised work capability assessment (WCA) – the new, heavily-computerised system designed to determine claimants’ fitness for work. He says some improvements have been made as a result of the first stage of the five-year review process, but stresses that big changes are still needed.

Charities remain frustrated by the slow pace of change to a system that inspires “fear and anxiety among vulnerable people” (according to a recent select committee report), and they continue to call on the government to pause its roll-out of the programme until it is improved.

Asked whether the system was now working to an acceptable degree, Harrington’s response is very cautious. “The answer to that question, if I can modify it slightly, is: I think the system will be working to a more satisfactory degree soon. Is it working like that all over the country now? No, it’s patchy. But it will happen. I’m telling the charities, ‘Be patient.’ I think things will get better.”

In his first detailed interview since taking on the review, the former professor of occupational health at the University of Birmingham, refuses to be drawn on the wisdom or otherwise of pressing ahead with such a vast project to reassess 1.6 million people at a rate of 11,000 a week, using a flawed process.

“People said to me, ‘Why didn’t you tell the minister to stop and wait until your recommendations go ahead?’ That’s a political decision,” he says. “My view is that the government can decide to do what it likes, in what order it likes. I’ll just monitor the situation to see whether it works.”

Might it have been better to pause and get it right? “Not my decision. I deliberately avoided having an opinion on that,” he replies flatly.

Since April, all incapacity benefit (IB)claimants are being reassessed by the Paris-based IT company, Atos, which is being paid £100m to carry out medical tests on claimants to help Jobcentre Plus officials determine whether they are eligible for the replacement benefit, employment and support allowance, or whether they may be capable of working, and therefore eligible only for the lower jobseeker’s allowance. The government says the number of people receiving IB has grown too high, and claims the eligibility criteria for the new benefit is tighter.

But since the preliminary launch of the WCA in 2008 (for all new claimants), charities and politicians have warned that vulnerable people have had essential payments removed, and there have been numerous cases of individuals with debilitating medical conditions being wrongly judged fit to work.

More than 400,000 appeals have been lodged against decisions not to grant the benefit and around 40% of those have been successful. The tribunals service has had to double the number of staff handling appeals to accommodate the huge volume of complaints, and the cost is estimated to be running at £50m a year.

“I am staggered and shocked, and I think it is a tremendous waste of public money when we could have fixed it earlier,” says Harrington. Judges have warned him that they could be handling half a million cases a year, by the end of this year, if improvements are not made, “which is mind-boggling,” he says. “But we’re doing something [to improve the system]. Maybe we are going in the right direction, we’ll see.”

Harrington was appointed just over a year ago to make recommendations on how to refine the system. He concluded then that the system was “not broken”, but conceded that there was “something wrong with every bit of the process, right from the time that somebody rings up and says, ‘I haven’t got a job, please give me money,’ right through the Atos assessment, right through to the appeals process.” He divided the problems into issues that could be fixed immediately, and those that were “too difficult and too consuming to fix now, but could be the programme for year two”.

His key initial conclusions were that the process was “too mechanistic, there wasn’t enough of the human touch, people didn’t know what was happening to them and no one was telling them, they didn’t know what the Atos test was,” he says.

Last November, Harrington published 25 initial recommendations, which the government promised to implement. Given the scale of the problems with the WCA (and given that the first stage of the Harrington review only attempted to deal with a portion of those problems), charities urged the government to delay the start of the programme to reassess all IB claimants until all the recommendations had been implemented. But Chris Grayling, employment minister, insisted the changes would be in place before the roll-out began in April this year.

Almost 300 welfare rights advisers surveyed by the Disability Benefits Consortium to gauge the impact of the recommendations from the first year of the Harrington review said they have seen little improvement so far.

Improvements were never going to be instantaneous, Harrington responds. “You have a massive number of people going through a huge government department, dealing with a big multinational that has got to see a lot of people. It’s bound to take time,” he says.

Harrington has sat in on just five Atos assessments – arguably not very many, given the size of the review he has undertaken and the scale of the complaints about the doctors and nurses who carry out the tests. But he is confident that Atos has already improved the computer programme that doctors use as they carry out the tests, and was beginning to improve training of staff.

“The evidence we’ve had so far is that people are still complaining about atrocious behaviour by certain Atos assessors. But who’s going to write in and say, ‘It was wonderful. I enjoyed going through the whole process’?”

The second year of his review focuses on refining the criteria that help determine whether people with mental health problems and conditions that fluctuate in severity from day to day (such as Parkinson’s or multiple sclerosis) are fit for work. A number of charities have been advising on changes, and Harrington thinks the proposed new criteria represent a real improvement.

Mightn’t individuals with an appointment over the next few months be justified in feeling dismayed at the prospect of going through a process that is still being refined?

“What do you want to do? Stop the whole process? And for how long? And when will it be right?” Harrington responds. “There will be people on the wrong side of the improvement. But you can’t just grind everything to a halt while you fix things.”

• Individuals can submit evidence of their experience of the WCA to Malcolm Harrington before 16 September at dwp.gov.uk/consultations/2011/wca‑call‑for‑evidence