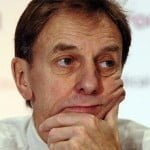 One of the many delights in being chief executive of the Medical Research Council (as I was) is that you make a lot of friends when you hand out public money for research. One of the downsides is the speed with which the bonhomie dissipates for some of those who do not get grants for their pet projects.

For scientists, this process of judgment by a jury of faceless colleagues and competitors was the least worst form of rejection. More difficult to handle were medical charities and patient groups pleading for more to be spent on their areas of disease, particularly those concerned with poorly understood and untreatable conditions.

To my amazement, by far the most vocal, dare I say energetic, lobbying came from some sufferers of chronic fatigue syndrome (CFS). They complained that the MRC was not spending much on research into this condition (quite right) and that what was being done was the wrong kind of research. The pleas and, from some, the anger, were directed at what these patients saw as the failure to dignify them with the recognition of the severity of their illness.

Let me say that I have witnessed the devastating impact of CFS (sometimes called myalgic encephalomyelitis or ME) first-hand. A young lodger in my home in Oxford in the 1980s was struck down and transformed from an out-all-night-clubbing, studying-all- day teenager into a limp body, wiped out for months. Those were the days when CFS was often pejoratively called yuppie flu. But this girl was no yuppie; and what she had was no flu.

The problem is that we still do not know what CFS is — what exactly causes the exhaustion, muscle pain and headaches. Indeed, unlike real flu, it almost certainly is not a single medical condition. It is probably due to a variety of causes masquerading under superficially similar symptoms. Infections, including flu, can lead to persistent fatigue that outlasts the other signs of the bug. But many cases of CFS do not seem to be precipitated by an infection.

According to the NHS, a quarter of a million people in the UK at any one time have CFS. This is three times the number with multiple sclerosis. The cost to the NHS is substantial. The impact on the economy is enormous; the suffering of all those with CFS is staggering.

It is understandable, then, that groups representing CFS sufferers should be concerned that public expenditure on their condition does not match its prevalence or cost. But what is harder to accept is the attempt to dictate what sort of research should be done. Some researchers have been the victims of extreme intimidation for doing “the wrong kind of research”.

Professor Simon Wessely, of King’s College London, has been a particular target — not so much for what he did as where he did it: in a department of psychiatry. Professor Wessely gave up research on CFS ten years ago because of the abuse and concentrates on the problems of war veterans. “I now go to Iraq and Afghanistan, where I feel a lot safer,” he has said.

In a petition delivered to 10 Downing Street in 2008, 8,000 people declared: “We the undersigned petition the Prime Minister to get the health service and medical profession to accept the World Health Organisation classification of ME/CFS as an organic neurological disorder and not as a psychosocial syndrome.”

I can understand the frustration of patients whose lives have been ruined by a condition for which they are offered no real explanation and little prospect of treatment. But what I cannot understand is that they would vilify and even threaten those researchers who have devoted their time and skills to trying to help.

There is a deeper message here. Nearly 30 years after the Mental Health Act the stigma attached to sickness of the mind has not been overcome. Entrenched prejudice and shame surround victims. In an NHS survey this year 16 per cent of respondents believed that one of the main causes of mental illness was lack of self-discipline and willpower.

Seventeen million people in the UK have poor mental health and this accounts for a quarter of the entire economic burden of disease in this country — twice the cost of cancer.

For 2,000 years physicians did not distinguish what we would nowadays call neurology from psychiatry. It was only in the first part of the 20th century that these two disciplines separated. But much of what has been learnt of the origin of brain disease in the past 50 years points to the similarity of underlying causes. Parkinson’s disease, a classical neurological condition, is due to a reduction in one particular chemical transmitter in the brain, dopamine. Schizophrenia, classical madness, is partly characterised by over-activity of nerve pathways that employ dopamine. Public sympathy is massive for victims of Parkinson’s; those with schizophrenia are, by comparison, ostracised, neglected and feared.

Perhaps, as disorders of the mind are increasingly seen to be illnesses of the brain, the stigma will retreat. The medical profession needs to give a lead: reunion of neurology and psychiatry would be a good start. But patient groups, so often the inspiration for new attitudes to disease and handicap, also have an obligation not to reinforce the stereotypes.

Colin Blakemore is Professor of Neuroscience at Oxford University