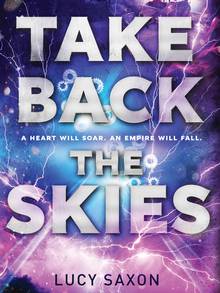 Lucy Saxon is fixated on red Lycra. The 20-year-old author, who signed a three-book deal for a fantasy adventure series with Harry Potter publisher Bloomsbury at the age of 17, has her second book The Almost King out next month. But before then, the “Cosplay” enthusiast has a Flash costume to perfect for a convention in Birmingham this weekend.

For the uninitiated, Cosplay conventions, which began in the United States but are also huge in Japan and are gaining popularity in the UK, are gatherings of fans of comic book, film and television heroes. The fans wear the costumes of their favourite action and adventure stars, and many, like Saxon, make the outfits themselves.

“I’m such a perfectionist so I find this really stressful,” she admits, taking me into the chaos of her sewing room where the red Flash costume is laid out on the floor. What she enjoys is “the sense of achievement from finishing a costume, and saying that I made this myself”, as well as the glamorous photo shoots, getting to hang out with her closest friends from the Cosplay world and meeting some of the stars of sci-fi and adventure series.

Once the convention is out of the way, Saxon, whose pen name is taken from a Dr Who character, will be back promoting her book, with an appearance at the Hay Festival on 28 May. She will be sharing the stage with two other authors – Taran Matharu and Helena Coggan, who also published their first novels before the age of 20.

Saxon’s acclaimed first novel, Take Back the Skies, is the first in a planned six-part series of young adult novels, set within the fictional world of Tellus. It has drawn comparisons with Suzanne Collins’s Hunger Games trilogy as well as with established authors such as Philip Pullman and Neil Gaiman.

Saxon says that she would love her books to be translated to the big screen (there has been some interest since her first book came out) and her ultimate goal would be to appear “at the San Diego Comic Con because my book is a film and I am with the panel of the actors who are in that film – that would be the absolute dream”.

Although Saxon’s success at such a tender age is extraordinary (her first book has been sold in more than 20 countries), she says that she would probably never have become a writer, and certainly not so young, if she had not become very ill with chronic fatigue syndrome (CFS) at the age of 12.

A straight-A student who loved drama, sports and horse-riding, she seemed destined for Oxbridge and perhaps an illustrious career in science before her life took a different course. Her illness caused her to miss large amounts of school – she attended classes only three times in her GCSE year (but still got good grades) – and for long periods was often too exhausted to do anything but sleep or watch a great deal of television.

It was thought likely that glandular fever had triggered the CFS, and doctors initially thought it would clear within a year. But as time went on it became apparent this was a condition that would be with Saxon for life. “I realised if I can’t get a handle on this now my life is over,” she said. “I had a lot of issues. I was a very angry and depressed teenager.”

After, as she put it, “exhausting all the daytime TV options” she recalled how much she had enjoyed creative writing at primary school. A fan of the Harry Potter books, she initially started out writing fan fiction.

“I had been reading a lot of Harry Potter fan fiction, I was off school a lot, and had a lot of time on my hands,” she explains. “I wrote fan fiction for a good two years and alongside that I started to write original stuff.”

Saxon says that “fan fiction is a great training exercise” for aspiring authors. “I’m going to be honest, the only reason I stopped writing fan fiction was because I realised I would need to spend that time writing actual stuff that I was getting paid for,” she says. “I think it definitely helps in working out your writing style, and where everything goes.”

Alongside Harry Potter, Saxon was raised on “a steady diet of classic Dr Who and Star Trek”, as her mother, a former nurse, is a sci-fi fan. “All the nerdiness is her fault,” says Saxon, who has plans to write a series based on her own superhero characters, although that will have to wait. She has another three books in her current series to write yet – her third is currently with her editor.

Saxon lives with her parents in the leafy Hertfordshire town of Bishop’s Stortford. Her father is chief executive of Sheffield Wednesday Football Club and her older brother is doing a masters in neuroscience.

It was her father who introduced her to her agent after she rattled off her first book in three weeks at the age of 16 as part of National Novel Writing Month. She was inspired after having “a weird dream about a girl in Victorian clothing standing on the deck of a Sky Ship. I thought: ‘OK I can do something with this’.”

As she developed her fictional construction, she “realised I had this fully formed world of six countries and was only using one and a bit of them, so I decided to write a series”. But it was still a “huge surprise” to be taken on by an agent.

“I wasn’t expecting to get anything out of it,” she says. “Then it just kind of snowballed.”

Although CFS means Saxon can no longer play tennis or football, she can still go riding, which she loves. She has learnt to manage her illness, and can work out when she may be about to crash so that she can plan activities around it. And while she may not have begun writing if it were not for CFS, she says the practice also helps her relax.

“To be able to maintain writing as a career without having to get a second job would be great as I don’t know what second job I could do, either qualifications or energy wise,” she says. “This is kind of pushing my limits at the moment.”

However, her other great passion is, of course, Cosplay. Last year, she and a friend dressed up as Cat and Fox, two characters from her book and she admits: “The first time I see someone Cosplaying one of my characters, who I don’t know and who I haven’t bugged into doing it, I may cry. That would just be the coolest thing.”