On February 10th, the Institute of Medicine committee will release its report Beyond ME/CFS: Redefining an Illness. The release event will be webcast at 11am Eastern. The report contents are under embargo until the release, although rumors are flying about its possible contents. HHS has already been briefed on the report, and I believe members of Congress have also been briefed (although I don’t know how many).

Good or bad, this report is likely to have a huge impact on ME/CFS advocacy. But how do we define a good or bad report? Some advocates have said that anything other than an adoption of the 2003 Canadian Consensus Criteria will be a failure. This outcome seems unlikely to me, only because it would be hard for anyone to justify spending $1 million and more than a year to simply adopt something that already exists. I think everyone would agree that a report that goes in the direction of broad Oxford-like criteria or psychogenic language will also be a complete failure. Again, this seems unlikely to me given that the committee includes a number of experts who would never agree to such a move. In fact, Dr. Klimas made comments at the P2P meeting that suggested she thinks narrow criteria would identify clean cohorts for biomarker and treatment discovery.

Until we have the report, we won’t know where it falls on the good-bad continuum. But I find it helpful to think about critical elements for success in advance, in order to more fairly judge the report on its merits (or lack thereof). So here are my personal must haves for a successful report:

Post-exertional malaise: This is nonnegotiable to me. The new definition must require PEM. The report should also explicitly define PEM, distinguish it from the single symptom of fatigue, and make suggestions on how it can be measured in clinic.

Core features: Dr. Lenny Jason has shown in multiple papers that criteria focusing on the core features of the disease are more precise, without incorporating patients with primary psychiatric disorders. Dr. Jason’s work shows that PEM, cognitive dysfunction and sleep disturbance are the three core features. Pain and autonomic dysfunction are frequently experienced by some patients but may be more useful in subsetting. So I think a successful definition should not present a laundry list of required symptoms like the 1988 Holmes or even the ME-ICC.

Frequency/Severity: Another theme of Dr. Jason’s work is setting minimum thresholds for frequency and severity in order to weed out people who do not actually have this disease. I hope the new definition will address issues like how long someone has to be sick to qualify for diagnosis, how frequently symptoms are experienced, etc.

Name: CFS or anything like it has to go. I argued in one of my memos to the IOM committee that ME was a better name, both because of evidence of inflammation in patients and because a diagnostic code already exists. I heard a rumor that ME will not be the new name, but the person who made that statement did not cite a specific source for the information. A new name will be problematic, as we may languish code-less for years, and still face the problem of the code being listed under “symptoms” instead of “neurological diseases.”

No psych: Any credence given to psychogenic explanations for the disease will be a failure. Agnostic statements on whether this is a psychological disorder will also be a failure.

Where To Next: Ideally, the report should make recommendations on where we go from here. Should a new prevalence study be done? Should CDC retool its multisite study? How should research on subjects that did not require PEM be interpreted going forward? How should the definition be rolled out to healthcare providers?

This may not be a comprehensive list of essential elements for success. What do you think is essential in a successful IOM report? What deal breakers would make the report a failure? 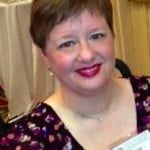 JENNIE SPOTILA, who has had CFS for the past 20 years, is a former chairman of The CFIDS Association of America and has testified on many occasions before the US Federal Government’s CFS Advisory Committee in Washington. She tweets as @knittahknits