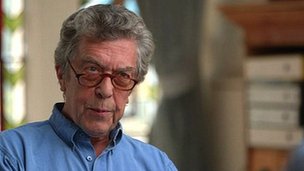 A government welfare adviser has suggested thousands of ill and disabled people were subjected to “inhumane and mechanistic” fit-for-work tests after ministers ignored his advice not to push ahead immediately with plans to reassess 1.5 million claimants on incapacity benefit.

Professor Malcolm Harrington told the Guardian he believed the work capability assessment (WCA) was “not working very well” when the coalition took power in 2010, and he told ministers a big expansion of the scheme should be delayed for a year to enable the tests to be improved.

Harrington, an occupational health specialist who carried out three official reviews of the WCA between 2010 and 2012, said:

“If they had changed the system to make it more humane I would suggest that some of the people who went through it would have had a less traumatic experience.”

Ministers pressed ahead with the reassessment of long-term incapacity benefit (IB) claimants in May 2011, despite Harrington’s warnings and campaigners’ concerns that the system was flawed. The test has since become politically controversial. Critics say it is crude, inaccurate, discriminates against mentally ill claimants, and causes widespread stress, anxiety and even suicidal feelings among claimants.

About 600,000 reassessments were carried out in 2011 alone. Roughly one in four test decisions have been overturned on appeal after the claimants were wrongly found to be fit for work. Earlier this year a committee of MPs said there were serious weaknesses in the WCA, which is administered by the private Healthcare firm Atos, and that it was “failing far too many people”.

The Department for Work and Pensions said there was no record that Harrington had formally issued the warning to ministers, and he had not raised the speed of rollout as an issue in his interim report to ministers in May 2011.

“Professor Harrington’s remit was to assess the effectiveness of the work capability assessment, not whether to reassess incapacity benefit claimants. He did this and concluded that the assessment was the right one but needed improving.” The spokesman added that the DWP has implemented the overwhelming majority of Harrington’s recommendations and was “continuing to improve the assessment process”.

Harrington, who was hired to advise ministers on how to make the WCA work more effectively, said he made clear to the work and pensions minister, Chris Grayling, at a meeting in summer 2010 that he believed that the WCA was not robust enough to be quickly extended to reassess existing IB claimants.

“I said [to Grayling] ‘left to my own devices I would prefer to leave it for a year and let’s see what changes we can make for new claimants’. He said ‘well, we’re going to do it’. I said ‘Ok, that’s a political decision. I would have preferred to do a roll-out in the second year [2012]'”

Harrington’s claim appears to conflict with comments made to parliament by Chris Grayling in February 2012 that Harrington had given his backing to the early “migration” of long term claimants to the WCA. Grayling told MPs Harrington had said in November 2010 that “the system is in sufficient shape for you to proceed with incapacity benefit reassessment.”

Harrington said in a Guardian interview in September 2011 that he had “deliberately avoided having an opinion” on whether the roll-out should have gone ahead. But a year later in an email conversation with disability campaigner Sue Marsh he admitted that he “never – repeat never – agreed to the IB migration” and that he would “have preferred it to have been delayed”.

Asked why he had wanted to delay the migration of IB claimants, Harrington said he wanted more time to see how the test – which at the time he considered to be “inhumane and mechanistic” – worked on new claimants before introducing it to long-term IB claimants who he said would understandably be “upset, angry and negative” about a test which “questioned their identity”.

Harrington, who stood down from his role in July this year, said ministers had been very supportive of his work, and while he believed he had genuinely made improvements over the past three years he felt progress had been too slow. “When you finish you wonder: ‘have I made any difference at all?’ Only time will tell.”

Marsh, who revealed Harrington’s opposition to roll out in her blog last week, said:

“If this government had taken Professor Harrington’s advice, we may have saved over a million people from going through a test that is unfit for purpose and has caused great suffering and distress. Yet again it seems that all they care about is saving money, never mind the human cost. They must now pause the transfer of existing claimants until assessments can be made safe”.