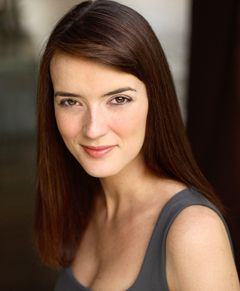 Burnistoun and River City star Kirsty Strain said more needs to be done to raise awareness of the illness, myalgic encephalomyelitis, which many in the medical profession still treat as a psychological problem.

Voices from the Shadows, showing at Cineworld, in Glasgow, was made out of desperation by the mother and brother of a chronic ME sufferer.

It talks to patients, carers and doctors about a medical complaint that is still largely misunderstood.

Kirsty, who attended Baillieston’s Bannerman High School before enrolling at Langside College, said: “The film is the closest we’ve got to articulating what it’s like to live with ME and the impact of it.

“It goes a long way towards educating people who don’t know much about it and offers support to those who are going through it.”

The 32-year-old said it is still difficult to get a diagnosis of ME as many GPs do not have enough knowledge of the condition.

She said: “The fact we still have this debate of physical versus psychological is causing more harm.

“The World Health Organisation recognises ME as a physical condition, but the condition has psychological implications because it is so isolating and difficult to manage.

“That affects your emotional wellbeing but is not the origin of it. We need better support for people once they are diagnosed.

“There is a care pathway at the moment but it’s not being implemented across the board.

“Even when it is it’s not fully effective in terms of dealing with the needs of the individual.”

Kirsty was just nine when she first became ill, with glandular fever, but wasn’t diagnosed with ME until she was 17.

She missed a lot of school and had to drop out of a degree course three months before graduating when she became ill again.

Kirsty said: “At my very worst it affected my mobility, I was bedridden and couldn’t move unless I was assisted. I couldn’t speak.

“The best way to describe it is like having the worst flu you could imagine.

“The fatigue is unlike anything you can convey – it is beyond exhaustion.

“Any movement is uncomfortable, even to breathe is difficult.”

Alternative therapies helped Kirsty regain good health but every day she has to make decisions to prioritise what she does and how she looks after herself.

Tonight’s event at Cineworld, Glasgow, has been organised by Sam McInnes, who runs an ME support group.

Tickets are available from http://samandme.org/339-2/

After attending Glasgow’s Langside College, Kirsty went on to study at the prestigious Lee Strasberg Theatre and Film Institute in New York in 2004.

She remained in New York for three years, during which time she performed at the school’s Marilyn Monroe Theatre and at the Independent Theatre in downtown New York.

Her career officially began when she went on to work with the Scottish Youth Theatre’s patrons, Blythe Duff and Colin McCredie in Taggart. She had the role of Lisa Corrie in the programme’s 99th episode, “So Long Baby” in 2009.

Her first television performance came in the form of the short film entitled, Rice, Paper, Stars in the roles of Ninja/Baby/Doll as part of the Tartan Shorts series for the BBC in 2000. The film was directed by Andy Goddard and starred Karen Dunbar.