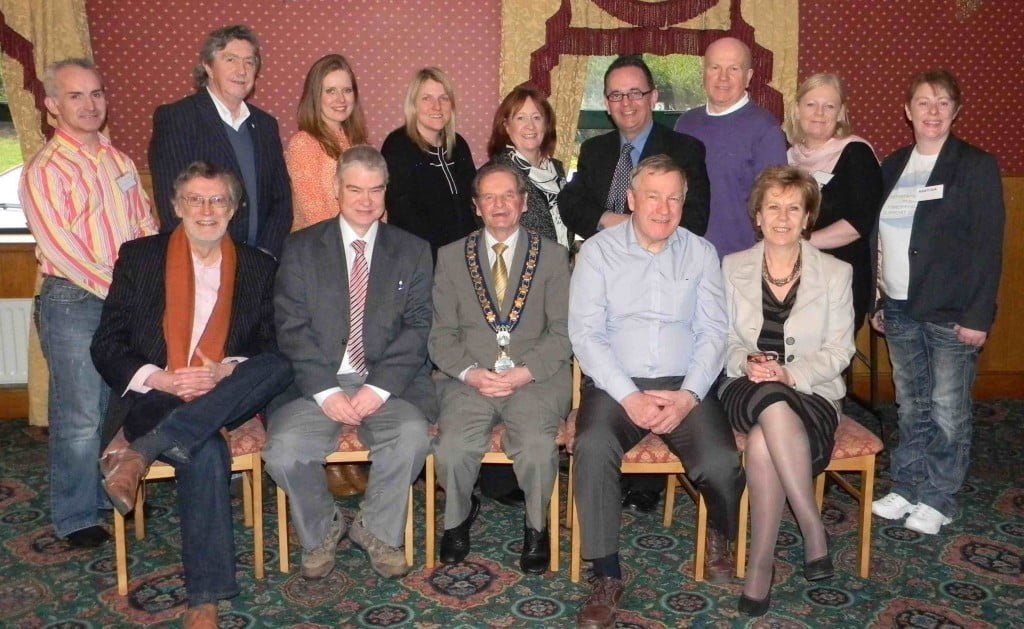 Today’s M.E. conference for medical professionals in Newry, Northern Ireland, went ahead as planned – despite the heavy snow which brought many parts of the Province to standstill.

At times, it was touch and go with flights cancelled and postponed, leaving the speakers where they didn’t want to be overnight. But what the hell – one doesn’t let down Mrs McParland in her hour of need!

The event was staged by the Newry and Mourne ME Group in the Mourne Country Hotel this afternoon. Group spokesman Horace Reid said that, despite the atrocious weather, there was a very respectable turnout of GPs, occupational therapists and local politicians.