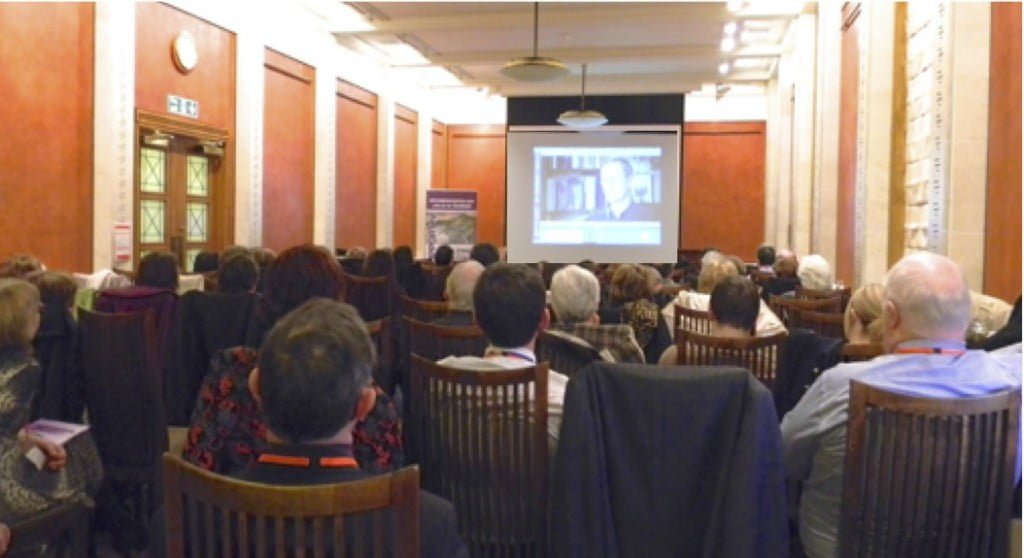 The Long Gallery at Stormont, Northern ireland’s premier setting for political occasions, resounded with discussion about ME/CFS – when ME Support Northern Ireland put on a special event for Members of the Northern Ireland Assembly on Monday, February 18.

Among the local politicians in the room were Jim Wells, Health Minister-Elect, and Sue Ramsey, chair of the Assembly’s Health Committee.

There was a welcome from Antoinette Christie, a speech from Horace Reid and a showing of the harrowing, hour-long DVD about severe ME ‘Voices from the Shadows’ by film-makers Natalie Boulton and Josh Biggs – watched in such profound silence that, apart from the soundtrack, you could hear a pin drop!

Horace Reid has prepared a colourful, six-page report of the event that be downloaded HERE.