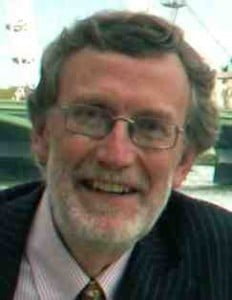 MEA medical adviser, Dr Charles Shepherd, will be guest speaker at the AGM of the Network MESH group in Ealing on Tuesday, October 23.

The meeting – which begins at 2.30pm – will be held at the Ealing Centre for Independent Living (ECIL), 1 Baynham Road, West Ealing W13 0TQ. Anyone with M.E. or an interest in the illness will be welcome to attend.

“We are delighted that this year Dr. Charles Shepherd, Medical Adviser to the ME Association, has agreed to be our speaker. As many of you will know, he has M.E. himself and has been a champion of biomedical research into ME and a better deal for people with M.E. from the benefit system for many years. He is active on several M.E. fronts and is very well placed to give us an update on key developments in the M.E. world. He will speak for 45 minutes on the ‘Hot Topics’ of the day (Benefits, Research, Services, Treatment) followed by a Q&A/discussion session.

“We will have a break for tea and biscuits to allow for rest time and to meet other members. The formal AGM, that we have to hold as a charity, will be at the end of the meeting. Do please come along if you can as this promises to be an interesting and valuable update for people with M.E.”

CIL is very close to the intersection of Ealing Broadway and Drayton Green Road. It is not near a tube station but is near West Ealing rail station. Thames Trains run from Paddington to West Ealing via Acton and Ealing Broadway. It is well served by buses (numbers 207, 427, 607, 83, E2, E3, E7 and E8). Coming by bus, it is a short walk. Walk west along the Broadway from the intersection, turn right up Bedford Road and ECIL is immediately in Bayham Road (No. 1), the second turning on the left. There is a small car park and it is usually possible to park in the road close by.