From the Paisley Daily Express, 4 February 2012 (story by Jeff Holmes) 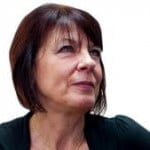 A CAMPAIGNING MSP is aiming to ease the burden on M.E. sufferers.

Mary Fee wants to highlight the plight of people with the condition … and will take the fight to the Scottish Parliament.

The Paisley politician hopes to force ministers to address the severe challenges faced by those with M.E. and the lack of support and recognition from health professionals towards sufferers.

Ms Fee says there is also a misunderstanding of the condition in the eyes of the media and general public.

As convener of the cross-party group on M.E., a disorder of the nervous system, which can leave sufferers exhausted, Ms Fee is hoping to address the issues in Holyrood.

The cross-party group has set up six working parties to look at areas involving education and training of health professionals, as well as the education of children and young people.

Later this year, the West of Scotland member will host an event at Holyrood alongside several M.E. groups in a bid to bring the problem to the attention of politicians during M.E. Awareness Week.

As part of the recent Scottish Labour Party Cabinet reshuffle, Ms Fee was promoted to Convener of the Equal Opportunities Committee and hopes to use her position to address issues of equality that sufferers of M.E. face in Scotland.

She also expects the Scottish Government to listen to the needs of those who suffer needlessly, by increasing support for sufferers.

Ms Fee, who is based in Paisley, said: “The needs of M.E. sufferers are often overlooked as there is little in the way of understanding what M.E. is and how it affects the everyday lives of those who live with it.

“What is needed is a greater effort to raise awareness of the illness and I hope that, over the next year, the cross-party group can push for changes that will improve the support and knowledge of M.E.

“If we work together, I’m sure the Scottish Government will listen and start to address the issues that face those who are stigmatised or ignored due to a lack of understanding of M.E.”