For some months, a project in Scotland has been thinking through the unimaginable about how to help people with long-term conditions like ME earn their own money without exhausting themselves in the process. And it’s now on the point of taking off.

The project – Work4ME based at Balfron, near Glasgow – is a co-operative which encourages people to shake off the chains of benefits dependency by working online for themselves at whatever they’re good at.

“We’re in the business of untapping the potential of people who usually find that process of going into work and keeping company hours, even where there are flexible arrangements in place, is just not sustainable”, said Shona Sinclair, founder director of community interest company SKS Scotland which is behind the scheme.

NOT JUST FOR PEOPLE WITH ME

“And Work4ME is not just for people with ME – but for everyone who has a long-term condition with fluctuating symptoms which can make the idea of a conventional job rather daunting.”

A core group of nine volunteers, all committed to supporting each other into self- employment, has been busy working out how to do it. After a fallow first few months, the nitty gritty details and who exactly is involved are now dropping into place on the SKS website.

The group – people like freelance researcher and writer Helen Rice (featured in our case study below) – unveiled their plans at the official opening at the University of Stirling’s Enterprise Zone on June 14.

The scheme has been kick-started with a couple of research grants from the Long Term Conditions Alliance Scotland (LTCAS) and feeds into the general idea that the principal assets of a social interest company like SKS Scotland are its people rather than its profits.

“At the moment, we’re only working in Scotland but I’d like one day to take the idea south of the border”, said Shona who has ME and spent 25 years year in business after leaving Strathclyde University with a BA degree. She also has a post-grad certificate in person-centered counselling.

“In conjunction with the University of Stirling Management School and supported by LTCAS, we carried out research which found that many people living with ME/CFS find it impossible to maintain ‘nine to five’ set hours or inflexible working patterns, often ending up relying on the welfare system which is not what they want.

“This cycle of “all or nothing” can lead to recurring bouts of ill health and an inability to maintain a career.”

You’ll hear buzzwords about the core values at Work4ME that you will never hear over the water-cooler in an office or factory.

For instance, there’s ‘Tender Loving Care’ which means just what it says.

Then there’s Business Support (talking through problems to you and me), Networking (finding leads), Brand Development (they’re working up a theme around Value and Quality) and Signposting to schemes like Access to Work (where the DWP can supply equipment to help you find and keep jobs).

SHARING & CARING FOR OTHERS

Members who are self-employed can tender out work to others which would allow them to focus on their core ability while being supported with allied tasks.

In order to generate work, individuals, businesses, social enterprise companies, charities and co-ops will be invited to propose pieces of work or projects to Work4ME. Each piece of work would be undertaken by members using a ‘buddy system’ which would be in place to act as a support or seconder if required.

At present, Work4ME are in the process of developing a range of services including marketing, public relations, research and transcription as well as training and project management. One member has a close interest in personal development therapies and ways of embedding these into the EWork4ME offer are being explored.

CASE STUDY: “DON’T THINK THIS HAS BEEN EASY…” 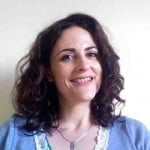 Helen Rice is a freelance researcher and writer living in the West of Scotland. Having battled with chronic pain and fatigue for many years she was finally diagnosed with Ehlers Danlos Syndrome (Hypermobility type) in January 2011.

I got involved in Work4ME through contacting SKS in desperation in October 2010. At that time I had just been told that I was no longer entitled to the Incapacity Benefit that had been my only source of income for the past three years (I went on to appeal this decision and won).

In my opinion I had been doing everything possible for an ill person to do to return to work. I went on every condition management/CBT programme that was proposed. I had been volunteering on an ad-hoc basis at my local Citizens Advice Bureau (regular commitments were still too much for me).

I thought I was pacing myself. I wasn’t. I was trapped in the boom-bust cycle which plagues many of us who have a chronic health condition. When I first contacted Shona I didn’t know what to expect; like I say, I was desperate! I had read her ‘story’ online and I was inspired. I knew deep down that I still had the skills that had made me, a few years earlier, a promising academic researcher on track to do a PhD. The problem was I was too tired and sore to use them in any constructive way.

SAYING ‘YES’ WAS ONE OF MY BEST EVER DECISIONS

Shona offered me some low-pressure, voluntary work which I could do from home as and when I felt capable. Just a couple of hours over a few weeks helping her design questionnaire and focus group materials as part of SKS’s research into ME/CFS and employment. Saying ‘yes’ to doing it has probably turned out to be one of the best decisions I have ever made.

Despite setbacks along the way (for example, I was supposed to help facilitate the focus groups but ended up in hospital for three weeks) my involvement in SKS’s work on a voluntary basis, alongside extensive help from physio-therapists and occupational therapists following my diagnosis in 2011, helped me to rebuild my stamina and confidence.

By October 2011 I felt ready to commit to a few more hours a week and I wanted to get paid! I heard that a local charity was looking for some part-time workers for just seven hours a week. I spoke to the Disability Employment Adviser at my local Jobcentreplus and she helped me to fill out the right forms so that I could do the charity work under the Permitted Work scheme whilst still claiming Incapacity Benefit (by this time I had won my appeal against the DWP’s decision).

At the same time the Work4ME project was developing from just an idea to an actual entity. In February 2012, I took the plunge and decided that the combination of my charity job, some self-employed research work (plus tax credits and Return to Work credit) was a viable alternative to remaining on Incapacity Benefit.

SELF-EMPLOYMENT TOOK OFF SO QIUICKLY

The self-employed work took off so quickly that I resigned from the charity job in April and have been working for myself, doing variable hours each week, since then. I’m lucky that the type of work I do (writing, research and research support work including transcription) can be done from home and – so long as I meet the deadlines I have agreed with clients – I can fit it around my flare-ups of pain and fatigue.

I would hate anyone to think this has been easy or that this route back to work is right for everyone. So much of my story is the result of chance and luck as much as any effort on my part. But for me, being part of Work4ME and working on a part-time, self-employed basis, with the flexibility and control that this brings, has been a great experience so far.

This story first appeared in the latest edition of ME Essential, the ME Association’s quarterly membership magazine.