We’re thrilled to welcome back Lee Stammers for a repeat of his highly successful Fe’BLUE’ary social media campaign. Lee is no stranger to the ME Association and indeed his evocative artwork has fronted our own fundraising campaigns in recent years. It is said that a picture is worth 10,000 words. That is certainly the case with Lee’s artwork, as you’ll see from his self-portrait, describing how his illness makes him feel.

Lee will be dyeing his hair BLUE for the full 28 days of the month of February. And, as if a daft hairstyle wasn’t enough, each and every day through the month, he will also be posting images across social media and telling the story of his over 20 year struggle with M.E. Lee is a man on a mission – to increase awareness and understanding for this cruel illness through art.

Lee has lived his whole adult life with the M.E. monster. And it all started with what he thought was a long acting virus making him rundown and having severe kidney pain when he was 16 or 17.

Thinking like a typical teenager and believing himself to be indestructible, he pushed himself hard to finish his A levels in his final year at college.

It was a real struggle – especially when a close family friend drowned near to Lee’s home – but somehow he managed to hold everything together to get the grades he needed for university.

Lee went on to study Sports Science at university and continued trying to act like every other ‘normal’ 19 year old – throwing himself into sport, socialising, and studying.

He kept this up for two whole years, but final year knocked him sideways. His symptoms took hold and his life changed.

Lee says, “Sport became impossible because I would get muscle cramps after just 2 mins of activity; my muscles were weak and lethargic; and my legs hurt badly – it felt like growing pains. My head was permanently foggy, with a heaviness that was both annoying, and very painful. It is hard to describe, but it was (and is) like carrying a weight around in your head, something that smothers and presses down on your brain.”

Lee got his degree, but he hasn’t felt well again since then. That was over 20 years ago. At the age of 21, Lee continued his battle to be a normal young man. And continued losing! He spent more and more time at home with his parents: frustration with the fatigue, headaches, and muscle pain turned into depression and anxiety. He lost a job and found it impossible to see friends or take part in society. He was totally isolated – with just the care and love of his family keeping him going. He couldn’t even watch TV as staring at a screen for more than 30 minutes each day hurt too much.

Diagnosis was a long time coming…

Government guidance recommends strongly that people should receive a diagnosis of M.E. within 4 months of onset of symptoms. But sadly Lee, like many other people with M.E., didn’t receive a diagnosis until he was 24. And that was only at the instigation of Lee’s marvellous crusading mother who had done her own research and ‘suggested’ it to their GP. Lee was finally referred to an M.E. specialist.

The M.E. specialist advised that Lee would not be able to work and probably wouldn’t begin to feel better for at least another 3 years. This was a blow.  Lee was prescribed a cocktail of tricyclic antidepressants (which are also believed to help reduce pain and sleep disturbance) and ordered to make drastic lifestyle changes to limit the impact of the outside world on his body and mind.

This might seem extreme, but the specialist likened treating M.E. to getting rid of a computer virus. Essentially he prescribed a total shutdown and slow reboot to every system.

So, at the grand old age of 24, Lee found himself rebuilding his life: addressing his sleep difficulties by implementing a strict schedule of sleeping and waking; and paring the exercise right down to barely nothing. Understandably, for a young man of his age, he struggled with sitting so still for so long doing nothing and his mental health suffered as he became increasingly angry and resentful.

Lee says that he was always a driven man. His inability to stop is probably one of the reasons his illness took such a hold in the first place.

He cast around for alternative means of stimulation and became hooked on a TV show called Watercolour Challenge.

Each week, the show featured three amateur artists, each painting the same landscape, in watercolour, but each interpreting it in their own unique way.

This weekly daytime show because one of Lee’s few luxuries in life. He began to pick up pencils and brushes himself, and gradually he found an artistic outlet for all his anxiety, frustration and pain.

Twenty years later, Lee tells us that he thinks he’s developed ‘some’ talent. He says “It is the thing I go to most and often the only thing that stops me feeling totally unproductive and worthless”.

Fundraising manager for the ME Association, Helen Hyland, says “We often hear how peoples’ lives have turned out so differently because of their M.E. People turn to writing or art to find some relief and discover that, like Lee, they have a real talent for it. We are so glad that art remains a major influence in Lee’s life, because we are all so much the richer because of it.”

It’s not surprising that Lee struggles to put into words the pain and muddlement that his M.E. causes. It’s not at all easy to describe. 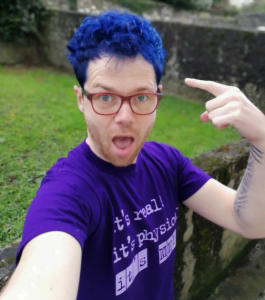 Lee feels strongly that it is important to educate people about the disease. He now uses his art to create and express all that he feels and to show people what having M.E. is like.

What he lacks in words, he makes up with his rare and special gift – of being able to help us visualise what he is feeling.

We look forward to learning more of Lee’s 20 year struggle with ME and to seeing further watercolour gems by Lee through the month of February.

If you would like to follow his progress, and indeed show your support for his perseverance and keen talent, then please follow this link to his fundraising page on JustGiving.

If you have found this information helpful, then please donate – whatever you can afford – to help us continue with our work to make the UK a better place for people with M.E. Just click the button below to visit our JustGiving page: