Elected to the first Holyrood parliament in 1999 as a Conservative South of Scotland List MSP, Alex, whose youngest son had M.E., joined with Labour MSP John McAllion in 2000 to set up the Cross-Party Group in the Scottish Parliament on M.E. 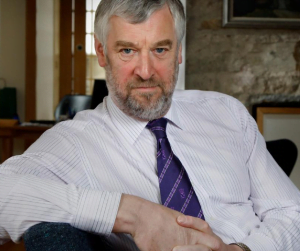 It supported initiatives like Petition 390 calling on the Scottish Government to provide medical services for M.E. & CFS, followed by the Short Life Working Group Report in 2001/2.

Alex took over chair of the CPG after the 2003 election but had to step into the background in 2007 when he was chosen as Presiding Officer by MSPs.

Alex was a gentleman and farmer, with a disarming mix of bluff common sense and congeniality. He and his wife Merryn continued with M.E. campaigning even after their son largely recovered.

Merryn’s book, “What Is Wrong With ME” (2012) told their experience of trying to get a diagnosis, recognition of disability and effective treatment. The family’s loss will be shared by everyone who met Alex.