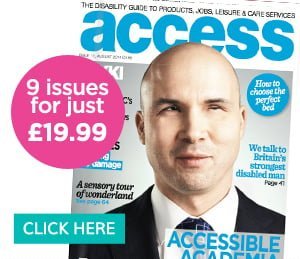 Last month saw Mark Harper succeed Mike Penning as the latest Minister of State for Disabled People. Here, he tells his how he plans to engage with the demands of his new role…

What areas are currently at the top of your ‘to do’list?

Several things. The first is continuing our work on making sure that disabled people are aren’t in work can get into for, tackling some of those barriers and continuing or Disability Confident campaign, which has just had its first anniversary.

I also want to make sure that I engage with disability-related organisations, some of which I know from when I shadowed this role in opposition. I want to touch base with them and re-establish those links, so that they feel able to talk to me about issues that they’re concerned about.

The other areas are things that my predecessor had put in train – improving the experience of thinks like the work capability assessment (WCA), the new provider we’re going to be contracting and the commitments the Secretary of State’s made on speeding up the assessment process for Personal Independence Payment (PIP).

Are there any lessons from Atos’s handling of WCAs that will inform how the new provider is chosen?

There are quite a lot of things the Department learnt about that contract that we’ll want to build in to the new one. I don’t think at this stage, when we’re in the process of commercial negotiations, that we want to set those out publicly – but you can be clear that there are lots of things we’ve learnt about how that previous process was done.

The Commons Work and Pensions Committee recently called for a ‘fundamental redesign’ of ESA. To what extent do you accept or reject the Committee’s findings?

They made a lot of recommendations, so you wouldn’t expect me to have an instant response to all of them. My officials are going through all the recommendations, and we will respond to the Select Committee’s report in detail in the usual timeframe, which is about two months or so.

We’ve made quite a lot of changes to the WCA already, which I think was reflected in their report. We’ve had four independent reviews, with a fifth currently underway, and I think we’ve accepted most of the recommendations from those. We’ve got work to do in terms of Atos exiting the contract, making sure that they deliver their commitments as we bring in a new contract.

This issue’s been raised a number of tines in the House of Commons and the Secretary of State’s made it very clear that things are not working as we would want them to be.

He’s made two very clear commitments about waiting times – that by the autumn, he wants it to be in a position where nobody has waited, or is waiting, more than 26 weeks for the assessment to take place; and by the end of the year, that nobody has waited more than 16 weeks for their assessment to take place. Those are commitments that he’s made publicly in Parliament, and which I will be working with him to deliver.

Why should disabled people vote for a Conservative government in May 2015?

My straightforward answer would be that I want to continue the work we’ve done to make sure that disabled people have there same opportunities to get into work that non-disabled people have; and that where people are not able to work because of their disability or health condition, that we properly support them.

There’s also the work we’re doing on changing attitudes, making employers and service providers provide their service and hire people in a way that looks past the disability and at what people can contribute to society. Those are the reasons why I think people ought to support the Conservative Party at election next May.

To keep up to date with news and announcements from the Office for Disability Issues, visit http://odi.dwp.gov.uk